Trading opportunities for currency pair: the USD/CHF has crept up close to a strong resistance. A break at 0.98 is expected and then a strengthening of the USD against the franc to 0.9940. Look to buy dollar only after a break in the level and a consolidation above 0.98 that doesn’t last long.

We can see a similar picture on the daily today: a double bottom in May. The technical situation is really attractive for buyers. The USD is gathering pace. The bulls need to pass 0.98. This is a strong resistance since here the trend line crosses the horizontal level. The faster it will be passed, the higher the target for the dollar to strengthen to. Taking bounces into account, I‘ve put the target at 0.9940. Buy dollar only after a break in the level and an unsustained consolidation above 0.98.

Why not take advantage of the improved version of the Trader’s Calculator. 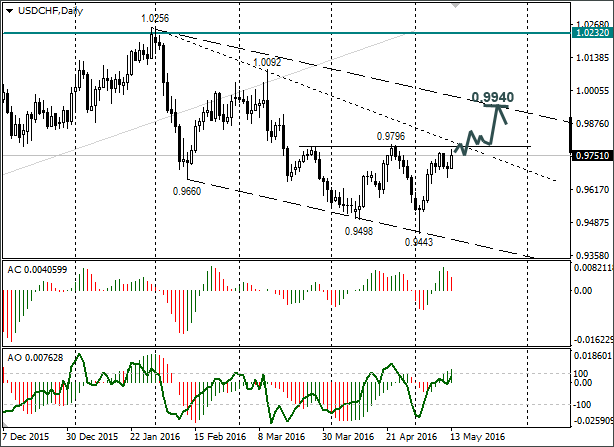