Image 1 - The Resistance Levels in the 5400-5430 area, defined by a series of Bearish Candle Patterns (small red arrows), today there’s Bear Sash/Dark Cloud Cover in addition to Resistance provided  by the sloping trend line of the Weekly Descending Channel (drawn in dashed red) have contributed to reject, to date, all the bull attempts to break higher. 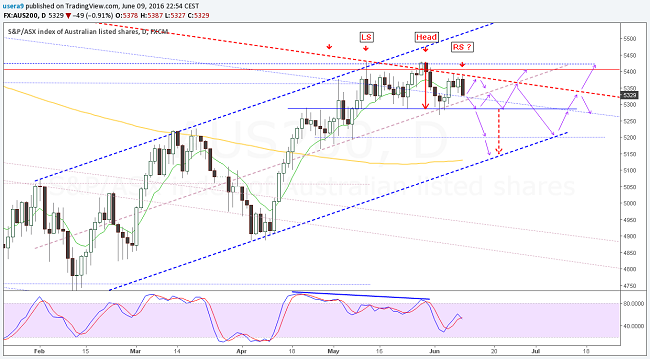 Also, the Stochastic Divergence on the Daily chart and the Negative ADX Slope warn of a medium term selling pressure.

And what about a mini Head and Shoulder formation?

If we analyze the AUS 200 over the short term, it would be useful to bear in mind that it is still set for a possible resistance retest. The recent narrow consolidation (yellow rectangle) should be, however, considered as a warning signal to a potential bullish move in the next sessions. The middle line of the Daily Ascending Channel (Image 1 - blue dashed) can also have an important role to push up the price. The SMA20, SMA50 and SMA200 are set upward. 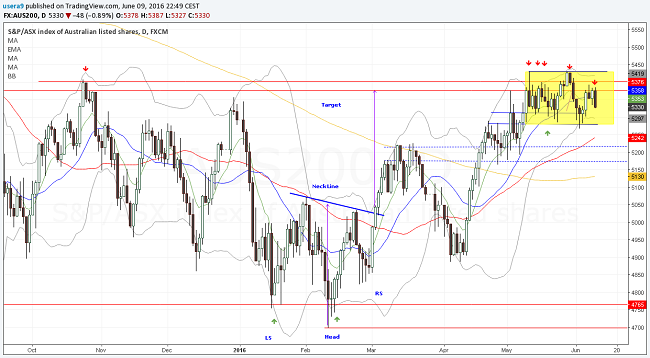 A correction that respects the Lower Side of Ascending Trend Channel in the Mid Term (Purple Arrows - Image1), is likely in the current Bullish climate and would suggest another impulse to the most recent highs.

On Image 3 the “Spectrum” of the Multi-Time Frame Support & Resistance levels based on Candle Patterns Advanced Analysis can be used to help traders to identify targets and points/area of possible reversals. 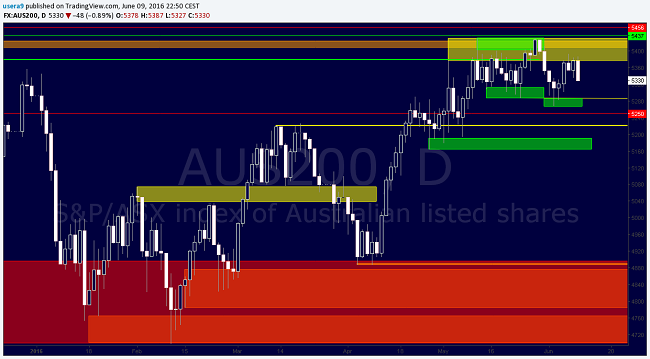 Any comments and suggestions below are very welcome.