The euro on Monday closed up against the American dollar. Traders which opened short positions on the euro after the Brexit are starting to close them since they are tired of waiting for the currency to weaken. The GBP also began strengthening actively against the USD when it became clear that Theresa May is to take over David Cameron’s post of prime minister on 13th July.

On Tuesday the dollar continued its fall. Today’s news is more important for GBP than EUR. At 11:30 EET, the BoE is publishing its minutes and its inflation report at 14:00 EET. The Bank’s governor (Carney) is to speak before parliament. This news will affect the euro via the euro/pound cross. A strengthening of the pound against the dollar will be positive for the euro/dollar, despite the fall in the euro/pound cross. Asia is an example of this. 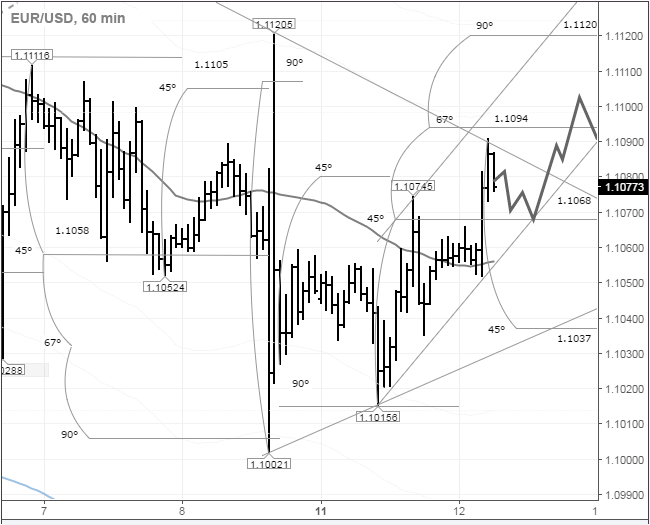 The pound/dollar in Asia has renewed its Friday maximum. The euro/dollar is to remain within Friday’s trading range. The euro bulls have won back 70% of their losses from a 1.0002 minimum to 1.1120. The current quote is at 1.1076.

I already said above that today will see news from the UK have an effect on the euro via the euro/pound cross. The euro has shot up from the LB following the pound. An upward channel has formed on the hourly. I reckon that the upward movement will continue from 1.1065/70. As soon as the buyers rewrite Friday’s maximum of 1.1120, they will take the rate to 1.13. The Fed is really unlikely to raise rates in July, so there’s nothing to fall back on at the moment.