EUR/USD: triangle complete on the daily

By the end of Tuesday’s trades, the euro managed to win back a large part of its losses. First it dropped to 1.1138 against the USD after Fed representative Jeffrey Lacker remarked that the regulator should quit stalling and the FOMC members should lift rates as soon as possible.

During the American session the euro/dollar hit 1.1239. The euro u-turned on news from Bloomberg that the ECB could wrap up its bond purchasing program earlier than planned.

The ECB’s Draghi announced that the bank has been discussing this and the euro/dollar corrected to 1.1177.

The euro rose to 1.1228 in Asia and is trading at 1.1217. The pair is still trading in a sideways. I’ve not bothered with a forecast since the situation is unclear for me. On the daily a pinbar has formed and it is indicating the strengthening of the euro. On the other hand, the pound is still weak and with its fall it could hasten euro sales. 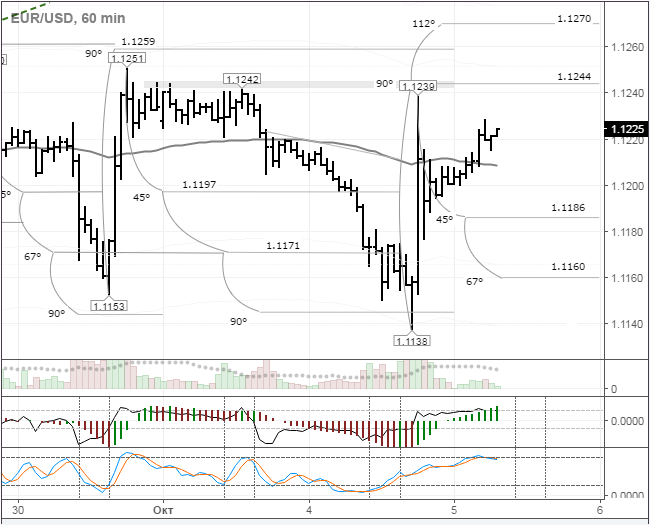 On Tuesday the euro/dollar strayed from the balance line to 1.1138 and it returned back to it after the news from Bloomberg. The intra-day movements on Tuesday were identical to those of Friday. After yesterday’s rally, today the euro could spend the day in a sideways.

I haven’t bothered with a forecast. For me the situation isn’t clear. Although after a break from 1.1138 on the daily, a triangle has formed. If the triangle comes off, we should see a depart upwards. For this it needs to strengthen above 1.1275.