Trading opportunities on the currency pair: For several weeks in a row, the Kiwi dollar has been rising against both the US dollar and the Japanese yen. The price is approaching the DTR1 trend line (downwards trend line). In my forecast, I’m expecting a breakout of this line, followed by growth to the upper boundary of the range 75.63 – 83.81.

The Bank of Japan favours a loose monetary policy, so this upwards trend should continue during the 1st quarter. This growth can be broken down into two phases. First, growth up to the DTR1 at 81.73. Secondly, after the breakout of DTR1, growth to 83.31. Once the pair exits the sideways trend, we can consider the possibility of a surge on the Kiwi dollar to 87.60. 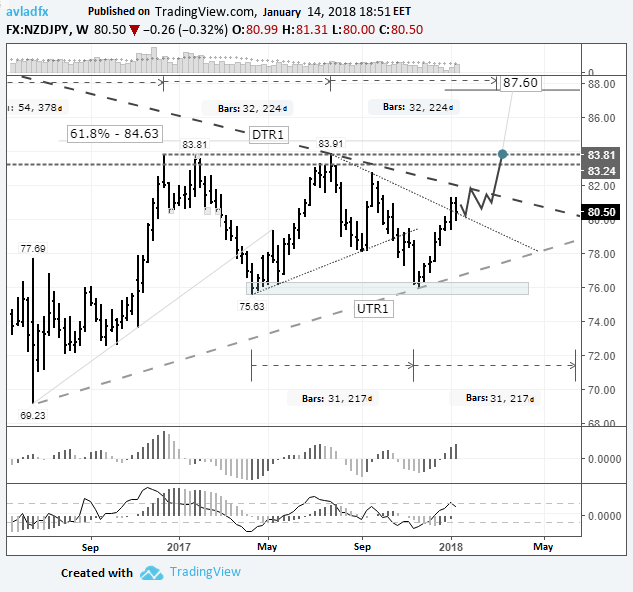