EURUSD: return to the balance point would be nice after a phase of growth

On Monday the 19th of March, trading on the dollar closed down. As the dollar declined across the board, the euro recovered to 1.2356. The British pound was a driving force on the currency market yesterday as it strengthened against the dollar following news that a transitional deal has been reached on Britain’s exit from the EU, including a solution to the Irish border issue. The pound rose against the dollar very quickly, while the euro rose only after the reversal on the EURGBP pair occurred. 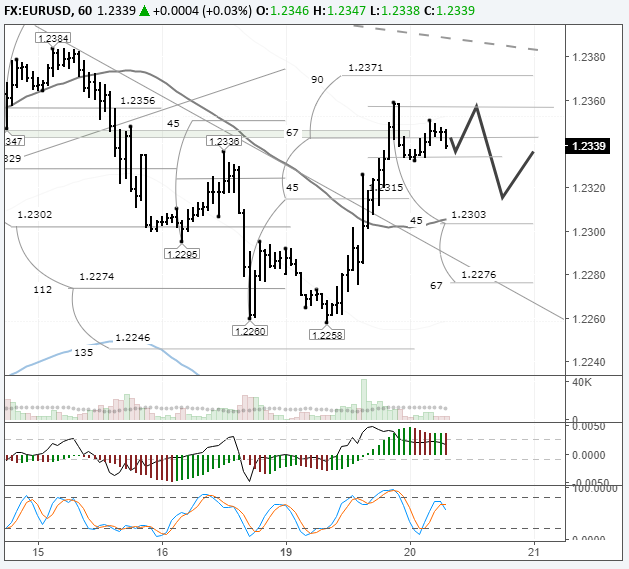 I wasn’t expecting the euro to rise against the dollar to 1.2355 yesterday. I’d allowed for a movement to the LB line and the trend line, but no higher, given that the Fed announces its interest rate decision on Wednesday. A 25-base-point rate hike has been factored in by the market already with a likelihood of around 90%. Moreover, a surge in volatility is expected during the press conference with new Chair Jerome Powell.

At December’s meeting, there was talk of three further rate hikes for this year. Now, markets await the Fed’s economic forecasts and its plan of action for the near future.

In Asia, the major euro crosses are trading up. Taking this into account, I reckon the euro will drop against the dollar today from around 1.2355/60. The target for sellers is around the LB line at 1.2315.