EURUSD: 1.15 looming again on the horizon

On Wednesday, the 22nd of August, trading on the euro closed up. After the publication of the minutes of the FOMC meeting, buyers tried to induce a rebound from 1.1581, but on Thursday during the Asian session, sellers returned it to 1.1542.

The dollar has been under pressure for some time, as US President Donald Trump's ex-campaign manager and his lawyer were found guilty of a number of crimes. The latter stated that he acted at the direction of Trump.

The FOMC has not changed its estimates. The US Central Bank is ready to raise the rate in September. According to the minutes of the meeting, members of the Open Market Committee discussed the possibility of further raising interest rates. 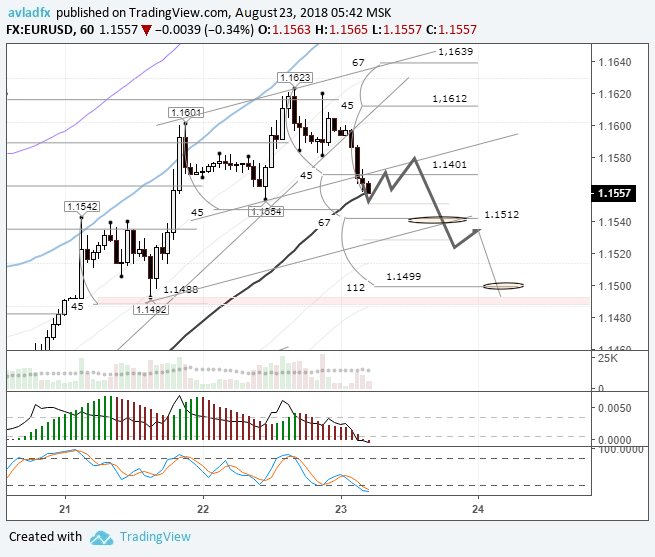 The upward movement ended at 1.1623. The price made a downwards reversal, but it returned to 1.1620 on the news. The price drop intensified following the breakout of the trend line. It then very quickly reached the lb balance line.