EURUSD: the euro has stabilised on the lb line

The euro responded to the report by rising to 1.1550. The price, having held above 1.1500 for about an hour and a half, returned back to 1.498. Market participants chose not to pay attention to the lowering of the main indicator to 134 thousand, and still expect further rate hikes. 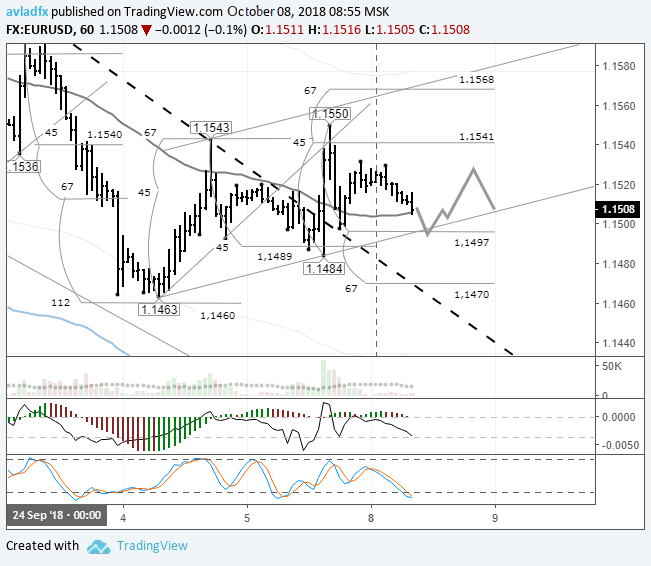 After the publication of the session trend did not work, the price went up from the 45th degree by 45 degrees. The price is on the lb balance line. According to the price model from 1.1463 to the last bar, there is only one route - to update the minimum. Considering that today there is a pretty bleak news cycle, with trading in Canada and Japan closed today, and the line of the rising channel passing though the 45th degree, I would venture to suggest that on Monday the price will continue to trade inside this channel. If the price goes down from the ascending channel, then you should keep the level of 1.1470 as a target.