EURUSD: 1.1373 remains the immediate target for the bulls

On Wednesday the 20th of February, trading on the EURUSD pair entered a sideways trend within a range of 1.1325 to 1.1370, revisiting the high from the 6th of February in the process, which is at the top of this range. This trend continued into Thursday morning’s trading, where the pair dropped to 1.1330. All the while, the pair has remained within the confines of the newly-formed upwards channel that appeared at the end of last week. The immediate growth target remains at 1.1373, which marks the 50% Fibonacci level of the latest decline. However, the pair could test the lower boundary of the channel on the way to this target. 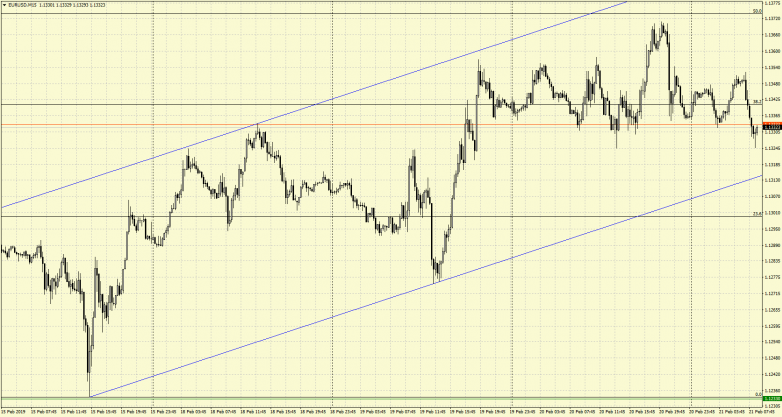