On Friday the 5th of July, trading on the euro closed down. The euro declined against the dollar to reach the 1.1207 mark. This sharp drop was brought about by strong US jobs data.

224k new jobs were added to the US economy in June. The decrease in unemployment was met by a rise in the participation rate from 62.8% to 62.9%. Employment figures for the previous 2 months were revised downwards by 31k. 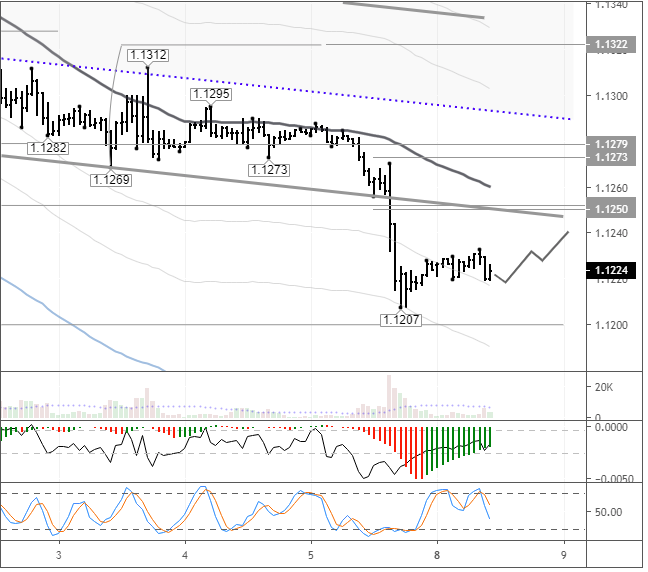 At the time of writing, the euro is trading at 1.1227. In Friday’s US session, the bears managed to break through the reversal zone between the 112th and 135th degrees. The drop came to an end around the 180th degree at 1.1207. Considering that the stochastic oscillator is in the sell zone on the hourly timeframe, pressure will remain on the single currency for the time being. The bulls will make an appearance once the stochastic enters the buy zone.

I expect the rate to recover to 1.1240 on the back of some Take Profit action on short positions. The stronger the rebound, the higher the likelihood of the recovery extending to 1.1290. If the bulls don’t manage to break 1.1250, we can expect a renewed decline to take us to 1.1180.