On Thursday the 11th of July, trading on the euro closed slightly up. The EURUSD pair rose to 1.1280 in the Asian session. Trading on the dollar was mixed against the majors. It recovered its losses during the US session, where we saw a rise in consumer inflation.

The CPI report exceeded expectations to post the biggest rise since the beginning of last year. This caused a rise in US 10-year bond yields, while the euro dropped against the dollar to 1.1245. 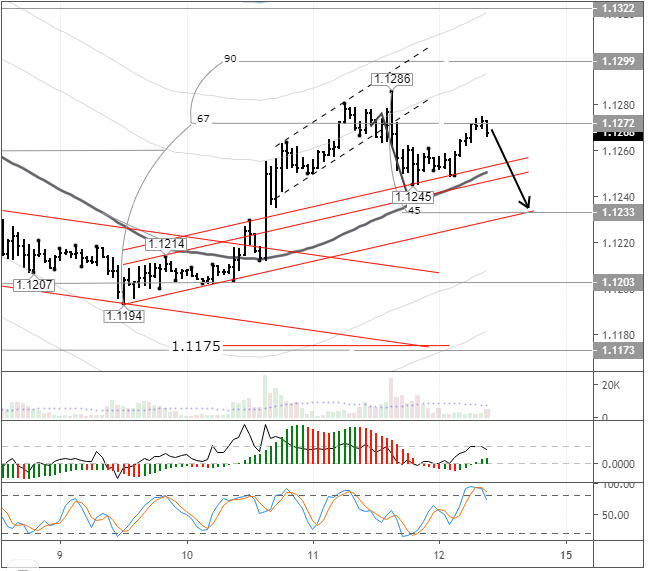 The pair corrected as expected, dropping after forming a third high. This is a typical pricing model among cryptocurrencies. The drop came to an end at the upper boundary of the channel, falling short of the 45th degree.

The majors are trading up against the dollar in today’s Asian session. Despite their rise, I’m expecting the euro to drop to the trend line against the dollar. If the price had corrected to the LB via a three-wave movement, we could have expected a rise above 1.13. As it turns out, the downwards correction isn’t over.

Given that the pair has risen in Asia without any trading volume, coupled with the fact that the stochastic oscillator is looking down, it makes more sense to expect a decline in the coming hours, rather than a rise. Our target is at 1.1233. This is where the 45th degree intersects the trend line, so I can’t see the pair dropping any lower.