EURUSD: euro remains under pressure ahead of FOMC meeting

In Friday’s US session, the EURUSD pair dropped to 1.1122 following the release of American GDP data for the second quarter, which at 2.1% YoY, was better than predicted. The preliminary figures show that the economic slowdown is not as bad as expected.

Markets were pleased by this data as we approach the FOMC meeting on the 31st of July. The Federal Reserve is expected to lower the Federal Funds Rate by 25 base points to a range of 2.00 – 2.25%. This rate slash has already been factored in by markets, so Friday’s reaction was based on the assumption that the key rate will be lowered by 25 base points, rather than 50. 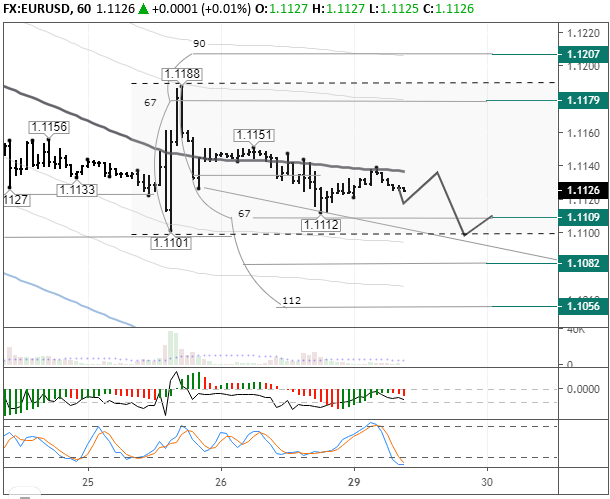 Markets have already factored in a 25-base-point reduction to the Fed’s key rate. The ECB is preparing a stimulus package for the Eurozone’s economy. According to Draghi, this will include a rate slash by mid-2020. Because of this, the euro remains under pressure, but this won’t last for long. This is because last week, US President Donald Trump called a meeting during which measures were discussed for weakening the dollar. Trump is concerned about currency manipulation by other central banks. White House economic advisor Larry Kudlow, however, has ruled out intervening on currency markets.