EURUSD: moving towards the balance line

On Wednesday the 14th of August, trading on the EURUSD pair closed down. The euro dropped against the dollar during the US session despite the safe haven assets making gains. For some reason, euro traders had their attention turned towards recession fears in Germany. The pair found some resistance at 1.1131. 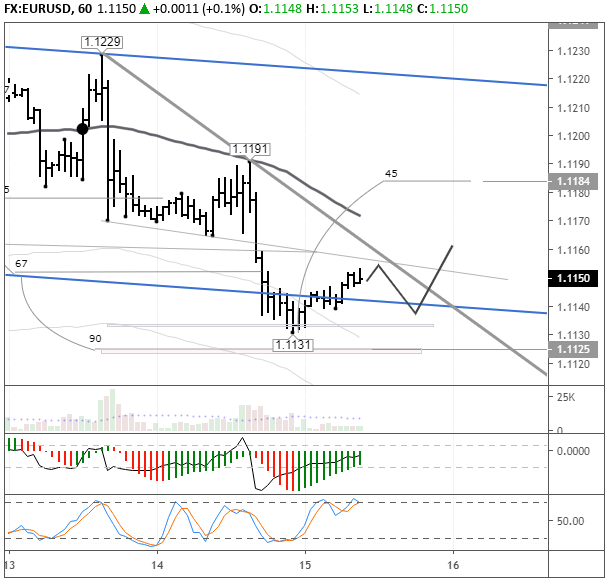 Yesterday’s forecast didn’t entirely work out. After reaching the balance line, we saw an aggressive wave of sales. There doesn’t seem to be any basis for this decline. There are more questions than answers. German GDP data came out in the afternoon, but the drop came during the evening. This is quite a big delay. The euro’s status as a funding currency didn’t help, although this should have saved it from decline.

The EURUSD pair is currently trading at 1.1142. Since we got a false breakout of the channel’s lower boundary, we expect the pair to inch upwards towards the balance line. This should stop at around 1.1160, although if we get a convincing breakout of this level, the pair could rise as far as 1.1190.