EURUSD: pair consolidating within the range from Aug. 16th

On Wednesday the 28th of August, trading on the EURUSD pair closed slightly down. Movements on the pair were almost identical to Tuesday’s. The bar pattern from Tuesday has been copied and superimposed over Wednesday’s on the chart. We can see the euro dropping from 1.1098 to 1.1073.

Yesterday’s biggest loser was the pound, which slumped following UK Prime Minister Boris Johnson’s decision to prorogue parliament. The order has received royal assent from the Queen. According to the official order, parliament must be suspended no earlier than Monday, the 9th of September, and reconvene on the 14th of October. This move did not go unnoticed by Donald Trump, who commended Johnson from his Twitter account. 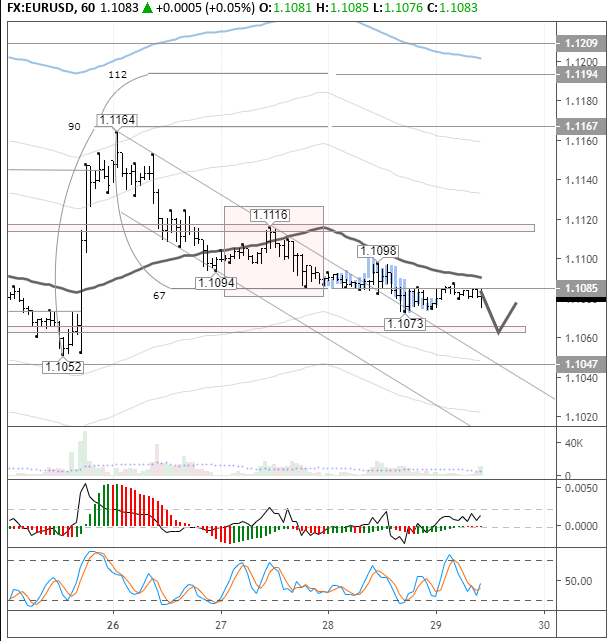 The main topics on today’s agenda are as follows:

All the factors mentioned above are adding to investors’ fears of a global economic slowdown. Moreover, the yield curve inversion is adding to this uncertainty, with the difference between 2- and 10-year US Treasury bonds at its highest since 2007. For the time being, the euro isn’t expected to suffer too big a decline. The 1.1066 mark is expected to provide some support, as it did on the 16th of August.