On Wednesday the 25th of September, trading on the euro closed down. The single currency dropped to 1.0938 against the greenback. The US dollar index climbed on the back of a rise in US10Y bond yields. All eyes are on the dollar given uncertainty in the UK over Brexit and Prime Minister Johnson, as well as the ECB easing their monetary policy. Trump has announced that a deal with China could be reached sooner than expected. 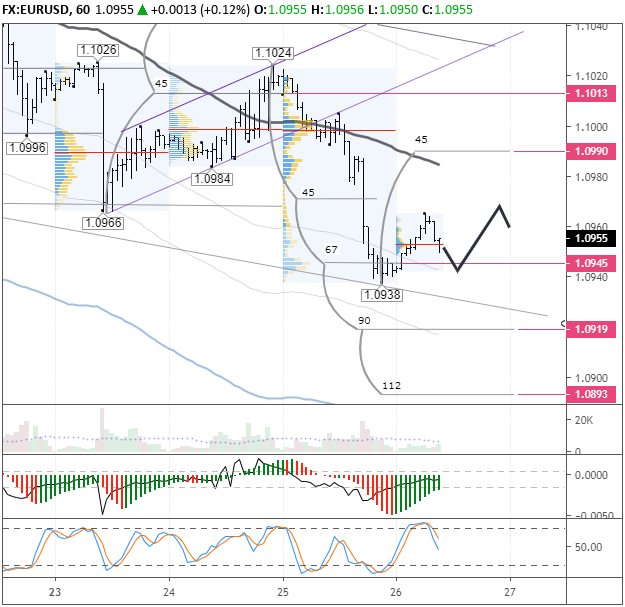 Yesterday panned out as expected, with the euro sliding to the 45th degree. In the hours following yesterday’s drop, expect to see some consolidation followed by a further drop to the 90th degree. Keep the 112th degree (1.0893) in your sights.

There’s not much news coming out today. The US GDP report can be ignored. This will be the third reading, which doesn’t have much of an impact on markets given that we’re now coming to the end of the 3rd quarter. Currency movements will by and large be shaped by Trump tweets and developments on Brexit from the UK.