EURUSD: markets await US GDP and results of FOMC meeting

On Tuesday the 29th of October, trading on the euro closed up. Bearish sentiment switched to bullish at 1.1074. There are several factors that may have sparked this growth: 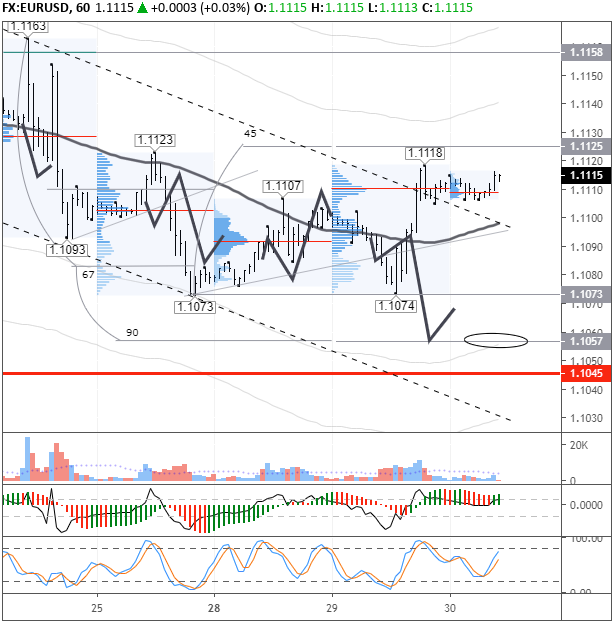 There’s plenty going on in today’s economic events calendar. The biggest highlights of the day are the meetings of the Bank of Canada and FOMC, as well as US GDP figures for Q3 and Jerome Powell’s speech. The BoC is expected to keep rates at their current level, while we expect the Fed to reduce interest rates by 25 base points. Since a rate reduction has already been factored in by the market, if it does happen, attention will immediately turn towards the FOMC press conference. GDP is expected to decline from 2% to 1.6%. These figures will be released at 15:30 (EET), so expect some increased volatility ahead of the FOMC meeting.

When there are important events in the calendar to which the reactions can’t be reasonably predicted, we prefer not to predict any price movements. Judging by yesterday’s movements, the bulls can now set their sights on 1.1163.