On Monday the 11th of November, trading on the EURUSD pair ended in growth. The price recovered from 1.1017 to 1.1043. Growth was limited by the fall of the EURGBP. Sterling has strengthened throughout the market after Nigel Farage’s statements ahead of the general election that his Brexit Party will not run candidates in areas held by the ruling Conservatives. Also on Tuesday, the United Kingdom released third-quarter GDP data, which confirmed that the economy managed to avoid falling into technical recession.

It was a public holiday in the USA. We attribute the fall in activity in the American session to the holiday. 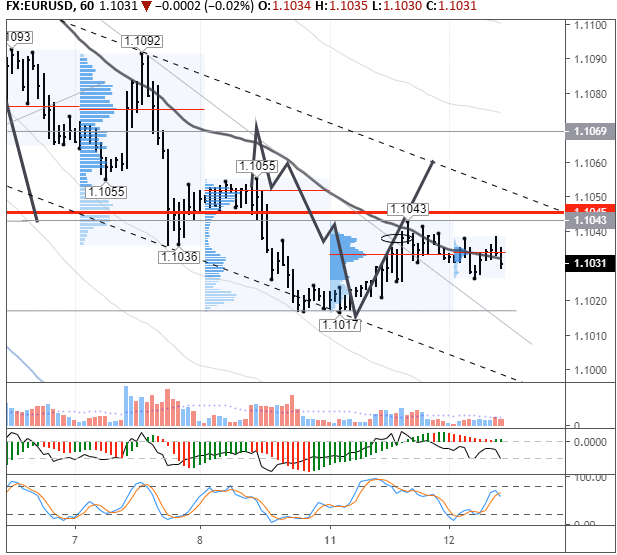 Bulls fought back from the 135th degree, but the price has not yet left the reversal zone (1.1014-1.1043). Since Monday was a public holiday in America, market activity is set to recover today.

The price is on the balance line. We believe that upward movement will come in three waves. Almost all the euro crosses are in the black, except for EURGBP and EURAUD. The euro will immediately accelerate upwards if we get an upwards correction on the EURGBP pair. The downwards correction from 1.1043 made up 61.8% of the increase.

From the statistics, it is worth highlighting the report on the UK labour market, as well as ZEW indices in Germany and the Eurozone.