On Wednesday, January 15, the euro was up by 0.2% at the close of trading. Reaction to the signing of the first phase of the US-China trade agreement saw the EURUSD pair rise to 1.1164 (at the 67th degree). New all-time highs were set on US stock indices. Today, US President Trump confirmed that negotiations concerning the second phase of the agreement will begin soon. 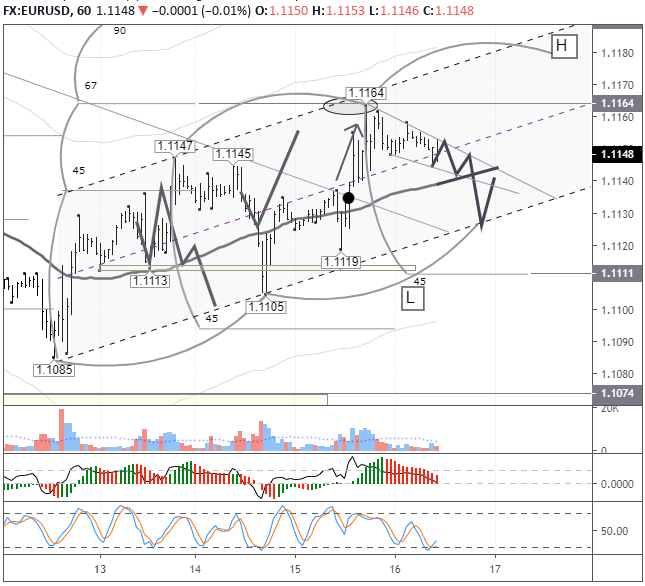 Yesterday’s expectations for growth were fully justified. During the American session, the euro hit 1.1164 (at the 67th degree).

At the time of writing, the euro is valued at 1.1149. The formation from 1.1085 is complex. The situation is mixed amongst cross pairs. We really wanted to consider growth up to 1.1190, but if we centre on the position of the indicators at 1H and 4H, we can see further weakening of the euro for the lower channel trend line. The minimum projection is shown in the arcs drawn up to the 20:00-mark.

We can expect to see a fall to 1.1127 - the balance line will act as support. A rebound is possible, but given that the wave structure from 1.1085 to 1.1164 is corrective, a rebound is probably not going to happen. At 21:00, ECB President Christine Lagarde is due to make a speech, maybe she will act as the trigger for sharp price fluctuations.