EURUSD: euro-bulls preparing an assault on 1.0900

The dollar declined as a result of the rally on stock indices and an increased appetite for risk. The US stock market surged after reports of successful early trials for the Remdesivir drug from Gilead Sciences. The company is hoping to get a better idea of the drug’s effectiveness by the end of May.

The recovery of stock indices failed to mitigate the disappointment of US GDP figures, which posted a decline of 4.8% for Q1 against a forecasted drop of 4%. This is the biggest downturn seen since the financial crisis of 2009. These figures are indicative of an impending recession. Moreover, the figures for Q2 are expected to be even worse, as the full extent of the coronavirus’ impact will be felt.

The Federal Reserve left interest rates unchanged at 0 - 0.25% on Wednesday. The regulator announced that it expects the rate to stay there for the foreseeable future. US Fed Chair Jerome Powell has said that he expects unemployment to reach double figures. 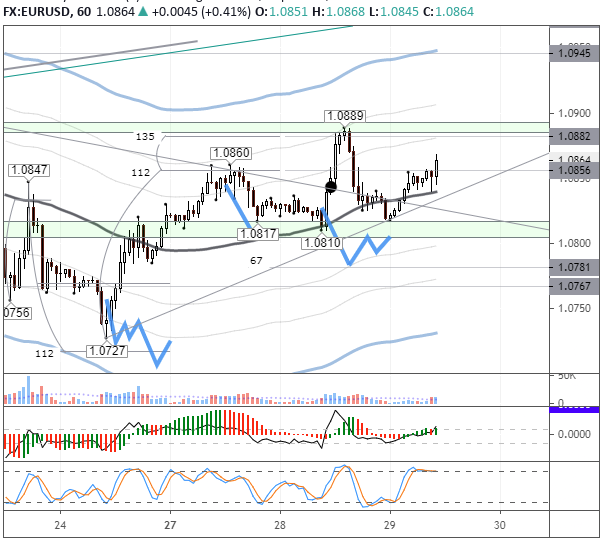 The pair traded above the balance line on Wednesday. Now it’s around the 1.0900 resistance. Trader focus today will be on Eurozone GDP for Q1 and the ECB monetary policy meeting. The pricing model points towards a rise to 1.0965. There should be a lot of market activity in the US session as ECB President Christine Laagarde takes centre stage. There are support levels at 1.0852 (LB) and 1.0810.