EURUSD: expected rebound from the lower line of the channel

On Wednesday the 13th of May, trading on the euro closed down. The rate dropped by 0.27% to reach 1.0818. During the day’s trading, the euro jumped to 1.0897 before quickly retreating to 1.0812 (-89 pips) following Fed Chair Jerome Powell’s speech, who warned of significant risks to the economy, which is facing the biggest recession seen since the Second World War. However, the regulator isn’t considering introducing negative interest rates. 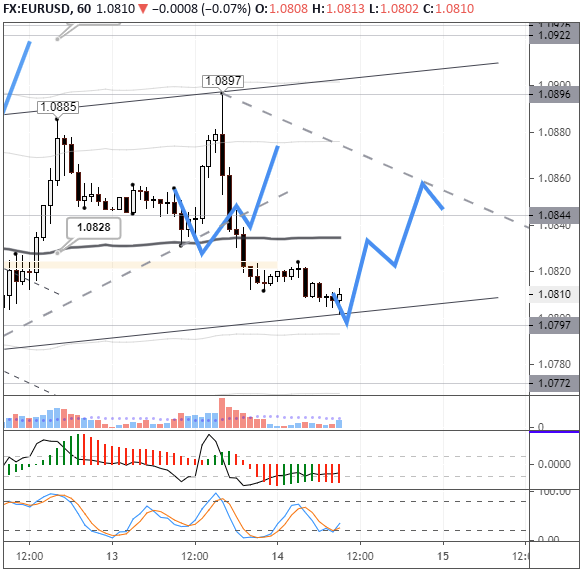 The pair rose to the balance line as expected. At the time of writing, the euro is trading at 1.0807. The majors are currently trading down, except for the yen. Traders are steering clear of risky assets. However, they are buying bitcoin. In the Asian session, its price reached the $9,450 mark.

We said previously that we’re going to get a complex correction formation. Now the pair is trading at the lower line of the channel. There’s a three-wave formation from 1.0897, so we’re hoping to see a bounce to 1.0857. There’s a support at 1.0785. There’s not much news coming out today.: