The EURUSD finished moderately lower on Friday, December 11, shedding 0.20% to 1.2110. Amid Brexit uncertainty buyers were under pressure from remarks by ECB Governing Council member and Bank of France Governor François Villeroy de Galhau, who said that the regulator is vigilant about the euro exchange rate. Last-ditch EU-UK trade talks were rolled back until Sunday. 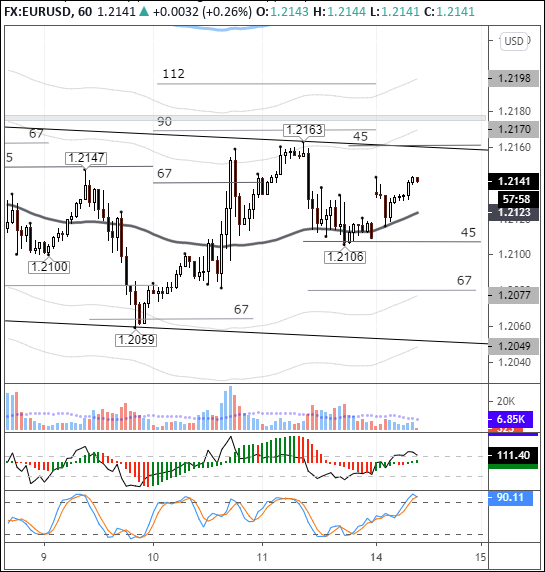 The US dollar opened to the downside on Monday, December 14. Topping the leaderboard was the British pound ( 0.83%). Sterling locked in gains against the US dollar following confirmation that Brexit negotiations would be extended.

It remains unclear why cable spiked higher since Johnson once again warned everyone that a no-deal scenario still looks like the most likely endgame. At this point, UK government sources put the chances of an agreement being signed at just 20%.

The pound and the euro gapped higher at the European opening. At the time of writing, the single currency was changing hands at 1.2141, with resistance at 1.2160. A step higher is questionable, since Germany will go into a hard lockdown on December 16. Retail shops will be closed throughout the country, excluding food retailers, while schools and day care centers will be shut.

In the upshot, the external new flow does not look broadly conducive to strength in the the euro. The economic calendar is empty for today. We expect to see rangebound trading in the key pair at 1.2016-1.2165.