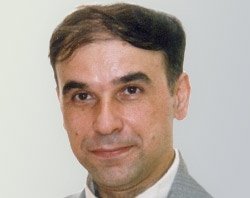 The Analyst Contest never fails to please those that value quality financial market analysis and first rate reviews from company clients from across the world.

Although the end of the contest is still a way away, and anyone who wishes can test their analytical skills in our contest, favourites in the contest still remain. One of the main favourites is Nikolai Ludanov; having managed to come top of Alpari’s analyst contest three times in a row: from the second to the fifth. He also managed to take victory in the eighth and ninth rounds. We got a small interview from Nikolai in which he explains why he decided to analyse financial markets and the difficulties he has faced along the road to success. Most important of all, Nikolai has shared his recipe for success with us.

How long have you been trading Forex?

I began trading on the stock exchange in 2006 and at the beginning of 2008 I had a go at trading on the currency market, but I really didn’t know what I was doing. Then from around 2012 I really started trading on the Forex market properly.

Tell us how your preferences in your analysis have changed over time.

Five years ago, when I began writing my own analyses, there wasn’t much quality analysis going on and I had to search for comments, explanations and other necessary information to analyse the market from foreign sources. During this time, if I’m honest, I had no idea about what depends on what and what the heck goes on on the market. Therefore I kept my analysis technical.

Having already worked as an analyst, I started to browse central banks’ websites. Some articles I took and translated in full. I remember how I got hold of an article about Fed Reserve deputy head William Dudley who wrote an open letter about how a programme of quantitative easing needed to be launched and he even gave a figure of the volume: 500 billion dollars. I pretty much translated the article in full and put it online.

When the Fed really did launch their QE2 programme later on and share prices rocketed whilst the dollar fell, analysts began writing about how share prices are set to rise due to the Fed printing money. I started to wonder why they are writing about that only now and not three weeks earlier when Dudley spoke about this openly. That’s when I realised that we really were lacking quality analysts since not a single one had mentioned such an important announcement for the market such as this from the Fed member.

From then on I started reading lots of decent foreign analysis, form my own opinion based on that and I began realising much more about what was going on. This is when my approach began to include fundamental analysis.

Unfortunately, there are still a lot of analysts who do anything but analyse; only making comments about markets. With such analysis we end up with the wrong impression of what analysis really is and about how necessary it is.

How has the development of your skills affected the results which you achieve?

It’s too soon for me to speak about results. Years need to go by before we can see what the results really are.

I would reformulate the question to ask: how has this affected your trading? It has had a significant impact on my trading. I started to perceive the market as a single thing, as it is in reality. In the meanwhile, I began to approach market analysis more as part of a larger picture and alter how I acted and my trading strategy.

In reading a large amount of forecasts from large banks and investment houses, I incorporate their analysis when formulating my own opinion about the market. They also get it wrong quite often, but they always have reasoning and look far ahead into the future. This has had an effect on the time frame of my trading. In fact, I gradually shift from trading to investment to portfolio trading using currency.

We understand that you are the author of several blogs dedicated to trading. Trading, analysing, preparing articles: this should take up a lot of your time. How do you manage it all? Do you use automatic trading using algorithms?

I’ve had a few blogs going since 2011. From March 2011 to October 2014 I wrote a blog on the portal of the company I worked for under the pseudonym chessplayer, entitled Currency Market Digest. My blog still stands as the most visited and with the most subscribers on the portal. There are almost 2,000 of my articles from those three years on there which you can still read. Moreover, I wrote articles at various times for investing.com, Forex Magazine, walltrade.ru, with my articles finding their way onto other stock market portals and sites.

Trading is undoubtedly linked to my analytical research and the actions I undertake in my trading is based solely on my analysis. By writing my articles I pretty much prove to myself that I am taking the right stance.

I’ve never used automatic trading and I don’t think I ever will.

Is sharing your analytical methods and trading ideas something you consider as your responsibility? Does doing so complicate any of your work?

I had a period when my recommendations didn’t come off and this caused disappointment for those who were following them blindly. As a result I suffered some personal attacks and it wasn’t very nice. Then I came to some ultimate conclusions and began to make an effort not to write in definite terms: writing more conservatively and with more flow.

Can you remember an occasion on which you were or were not very lucky in your use of a recommendation?

One of my most unlucky recommendations is when I didn’t take seriously the Bank of Japan’s intention to weaken the Japanese yen at the beginning of 2013 and then again but with the EU in 2014. In both situations I blame inexperience and a lack of desire to listen to professionals who have been on the market for a long time. There have been many lucky occasions for using my recommendations, but let others write about those.