And then Brexit arrived. Certainly, it was obvious that the British referendum on EU membership would be the big event for the month of June, and we did lay out our analysis for both “remain” and “leave” votes in the previous edition of the publication. Because polls were indicating a 50/50 probability for the outcomes, it was a natural task to estimate sterling’s response to both. However, we did not offer much discussion as to what this exit means fundamentally. A 50% assigned to the scenario looked more like a tribute to an overhyped media discussion.

Yet it has proven to be the choice of the British people. All the speculations aside, this is the fact that everyone now needs to take at its face value. Brexit is to be used as the primary assumption when building any model, be that finance, macroeconomics, etc. Yes, European politicians are now going to try working around the vote, and there are even speculations of a second referendum. But we expect the roadmap for the UK departure to be finalized within a year. The United Kingdom is likely to become an associate member of the EU afterwards, which means there should be no disruption to trade or financial flows, although it is impossible to rule out uglier scenarios at this point. In any case, medium-term policy uncertainty has increased dramatically. And this is the great irreversible damage of the referendum that is rippling through the markets today. 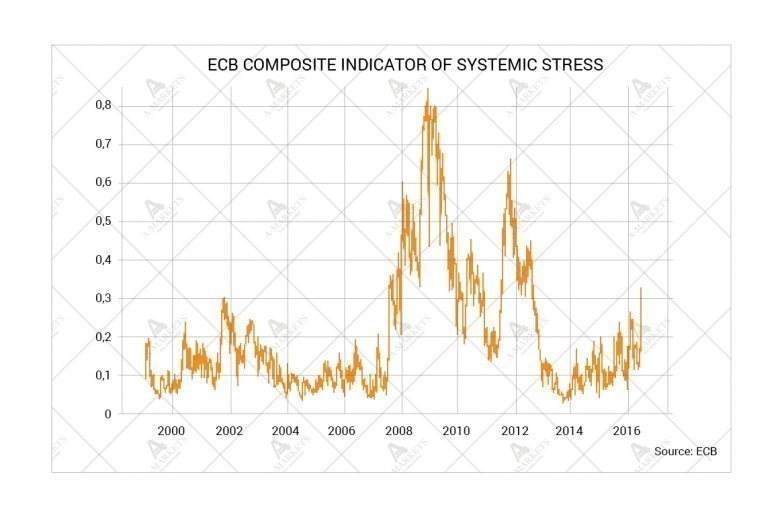 In practice, this means that the banking sector is going to stay under pressure. Both financial equities and junior debt have already taken a hard hit, and are likely to remain suppressed, which, in turn, is to generate heightened volatility. Counterparty risk measures have moved up, albeit slightly. There is a concern that eventually this might lead to a capital and/or liquidity shortage at one of the larger institutions. We want to stress the fact that this is not an immediate threat, mainly due to the fact that monetary policy today is very different from what it was, say, in 2008. However, nothing rules out a risk of a large-scale market disruption. After all, financial markets are about trust, and trust has been severely damaged. 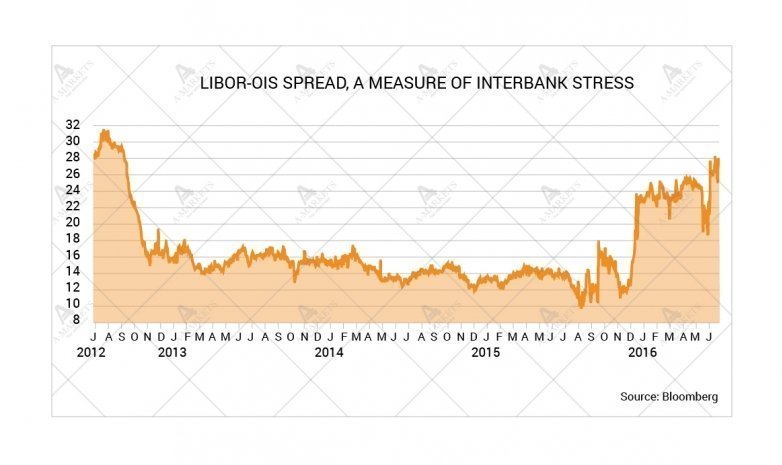 When digging deeper into the “leave” outcome of Brexit, one will discover some very disturbing facts. Amongst socio-economic groups, 57% of upper-middle class voted “remain”. All other groups that are worse-off (lower middle class, skilled workers, semi and unskilled manual workers) opted to “leave”. These people have gained little (if anything) from globalization, financial markets development, etc. For decades they have been dealing with stagnant real wages, and that’s their core concern. This problem is typical for many developed economies. It has been very well-flagged for the U.S. in particular, where real incomes have not increased much since the 70’s.

This takes us to other potential sources of instability in global politics beyond Brexit. In our June edition, we extensively covered the upcoming U.S. presidential election. Nothing has changed much since then. Mr. Trump is still a candidate that has good chances to win, and Mrs. Clinton is still dealing with her sky-high anti-ratings. Latest WSJ poll, conducted in a group of 1000 registered voters, shows that Clinton holds a narrow 5 p.p. lead versus Trump, and they are essentially tied if a third candidate is introduced. Given that U.S. is burdened with social problems very similar to those of the U.K., it is very easy to see how Donald can eventually trump Hillary.

So by the end of 2016 we all may be living in a world very different from what we had just a few months ago. The U.K. is divorcing the E.U., the U.S. elects a very eccentric president with a disturbing agenda, and all that is happening as the global growth keeps slowing. Again, this has already led to a surge in policy uncertainty. This is a very unfriendly environment for any risk buying or long-term investments. The short-term consequences of Brexit are also quite unpleasant. The most important ones are:

We shall proceed to discussing these points in detail shortly. But a few more general observations first.

Brexit is undoubtedly a headache for global monetary policymakers. The outcome of the U.K. referendum makes it nearly impossible for the Fed to tighten anytime soon. We now expect a single rate hike in December, when the U.S. presidential election is out of the way and only if Hillary Clinton wins.

Should Donald Trump outvote her, the Fed will stay on hold through 2016 and possibly H1 2017. However, Brexit also completely changes how recent FOMC actions are interpreted. Just a month ago Janet Yellen was said to be too dovish, not to have the guts to tighten policy, and to risk finding herself behind the curve. She is now perceived as a wise governor who anticipated possible referendum mess, and avoided a huge mistake of hiking rates which could exacerbate current market stress. This significantly increases Fed’s credibility and makes the USD an attractive safe haven. 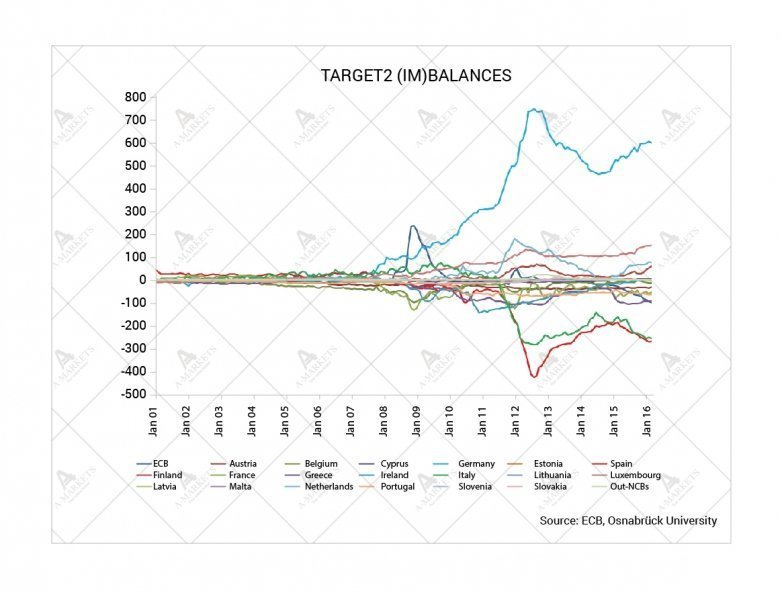 Recent developments are also to become a great challenge for the euro-area. First of all, a general election cycle started last month. It spans five largest Eurozone economies (Germany, France, Italy, Spain and the Netherlands). While major surprises are unlikely, markets will now price in a higher probability of those “just in case”. Second, there has been a major sell-off in peripheral bonds, much like those seen in 2011-2012. It is a stark reminder that the market does not view this debt as safe, and most of the investment there has been purely speculative. Renewed bear pressure raises risks for the ECB balance sheet, and subsequently for the EUR. Given the size of the QE stock and the scale of accumulated TARGET2 imbalances, this eventually can result in a full-fledged currency crisis. Much of this also depends on the conditions under which the UK departs from the EU.

GBPUSD: adjusting to a new reality 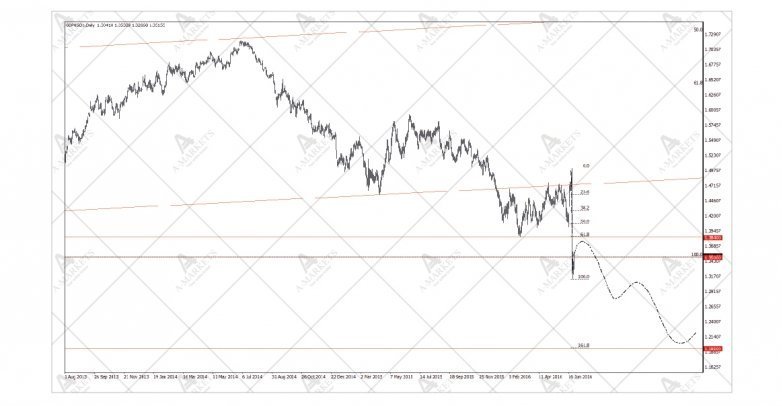 Last month we suggested that regardless of the referendum outcome, the pound would be ripe for at least a 4-figure move in either direction. According to the estimates, the 1.5 handle was to be challenged in case of a “remain” vote, and 1.38 to be tested in case of “leave”. Ultimately, the market revealed the quotes appropriate for both scenarios. The night before the referendum “remain” got nearly priced in. Bookmakers assigned an 88% probability to the outcome, and simultaneously GBPUSD briefly traded above 1.5. Then the reality set in, and sterling crashed all the way to a low around 1.32. It did make a brief stop at 1.4 before dropping further in an illiquid market, and traded back up during the regular European hours.

So what does the price activity tell us? First, even the “fat tails” of our models were not fat enough to envisage all the volatility. Yet this volatility did hold some additional information. It seems to us that a large barrier option was taken out at the 1.5 mark. In other words, someone got very long the GBPUSD, and the counterparty offloaded a large amount of pounds at a very good price. A confirmation to this hypothesis is heavy selling of the unit around 1.4. There’s a feeling that someone got caught heavily long sterling, and is now going to try to get rid of it on any rally. We do believe that 1.38-1.4 area will prove a very strong medium-term resistance. Should it be tested, this would be a fantastic opportunity to go short GBPUSD, first targeting 1.28 and then 1.2 (yes, THAT low). It is quite difficult to estimate levels with greater precision, because there is no recorded trading history there. But this is where fundamental equilibrium lies, according to technical models and the balance of payments approach. We also believe that the Bank of England will cut rates at least once this year, and might launch another round of QE.

That said, we refrain from going long EURGBP as it is a disaster waiting to happen. The upside here is obvious, just too risky to chase. We are suggesting a short GBPRUB trade instead, laid out in the RUB section. 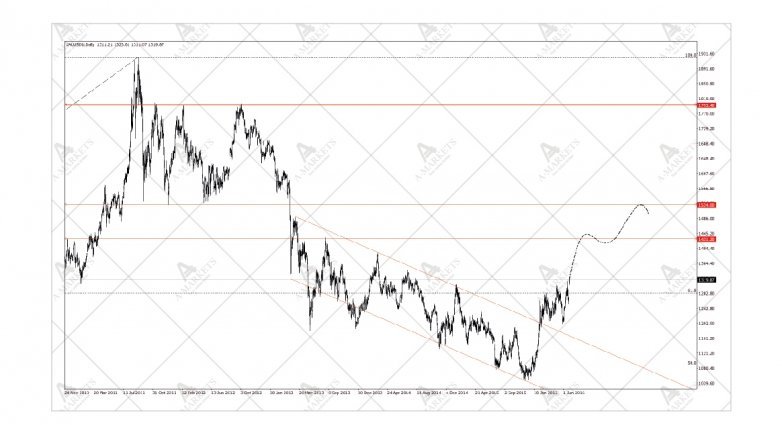 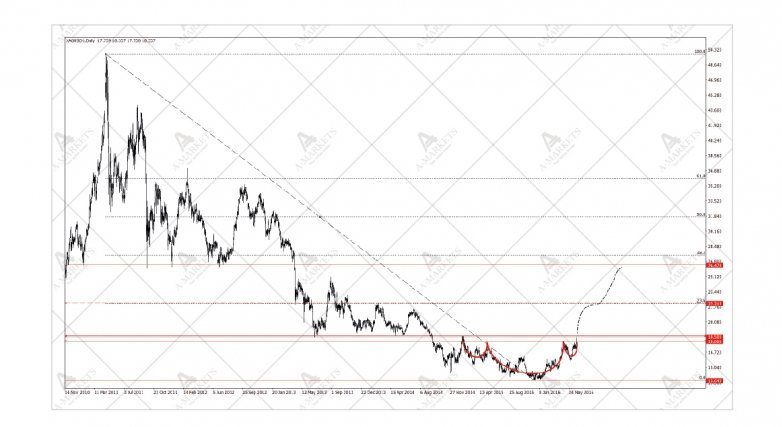 Precious metals have seen a bout of buying. The immediate demand mostly comes from investors seeking for a safe haven. Gold and silver have clearly broken out of ranges and are currently in the process of returning to an uptrend. Brexit – and the subsequent uncertainty – are one reason for the price rally. Another important factor are expectations of a prolonged pause in the Fed tightening cycle. Higher rates were seen as the greatest threat for gold. Remember, it is not an interest-bearing asset, so the metal usually depreciates as the FOMC hikes.

Now that any rate increases are a remote probability, the outlook for gold and silver has become much brighter. We set 1430 as the first target for the former and 22.2 for the latter. Silver looks better from a technical point of view, as there is a full head-and-shoulders pattern in place. XAUXAG has also broken its uptrend channel to the downside, so relative strength is also on the side of silver. It is also extremely smart to go long XAGGBP, or set up a synthetic position by simultaneously buying spot silver and selling GBPUSD. The negative carry (swap) here is negligible.

USDRUB: rouble faring well as looser sanctions are priced in 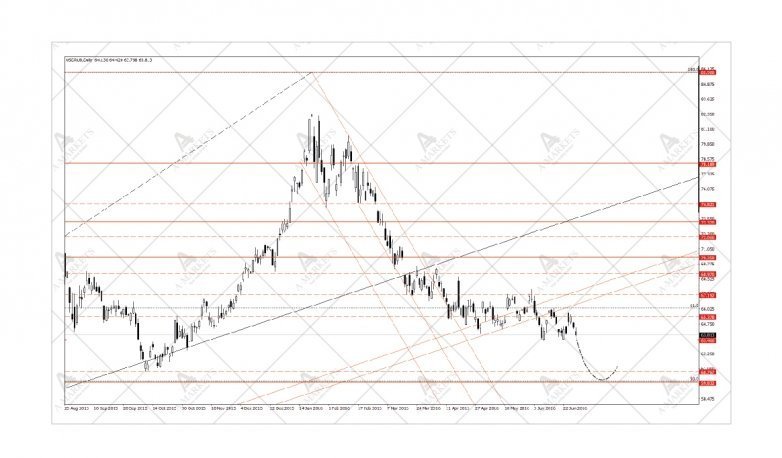 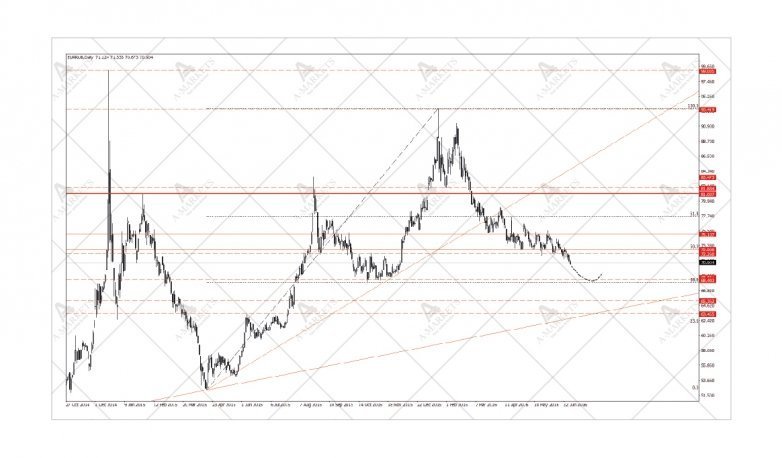 Brexit has all sorts of side effects, and some are actually quite welcome. One of the positive externalities of the “leave” vote is growing demand for Russian assets. The rouble has been exceptionally resilient in the face of general turbulence. USDRUB and EURRUB are both trading lower (i.e. rouble is stronger) relative to pre-referendum levels, and bonds are seeing significant inflows.

This outperformance is primarily due to a single factor. The UK was an outstanding hawk advocating for the strictest set of sanctions toward Russia. The United Kingdom used to call for a full implementation of the Minsk agreement before any restrictions could be eased. All other major economies take a softer stance. Germany, France, Italy, and many others deem acceptable a partial removal of sanctions as long as there is progress in the Minsk process. Now that the UK is a non-voter in the EU, it is highly probable that the restrictions against Russia are relaxed at the next review in December. This is now our base-case scenario. While it is too early to call for the full removal of sanctions, the governments will try to do their utmost to eliminate any issues that divide Europe. And bilateral relations with Moscow is surely one of those.

USDRUB can test the 62 area once Brexit dust settles. But the smartest trade is to short GBPRUB. The cross has broken through all major supports and is now targeting 76.8, which complies well with our forecast of GBPUSD at 1.28. It is also worth noting that there will be pressure on GBPRUB regardless of general risk perception. It would take an extreme Lehman-type event to trigger relative rouble underperformance. Otherwise sterling should remain the weakest link. It is likely to be offered on risk-off days, at the pound situation itself is now detrimental for risk. GBP is also likely to become a funding currency for at least two years, and this will keep it offered even when there’s hunt for yield. 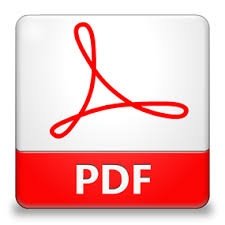