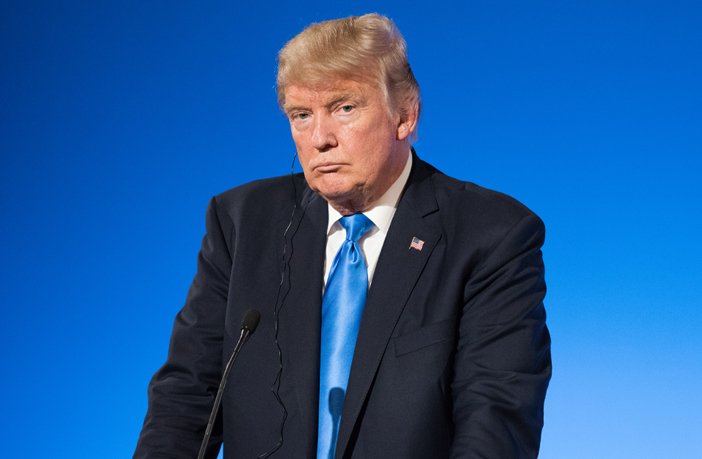 Even though cryptocurrencies offer a decentralised way of carrying out transactions and are not controlled by any central bank or institution, this does not mean that they are completely unaffected by them. In fact, the demand and market value of cryptocurrencies is very much dependent on their “acceptance” or “dismissal” by central banks, major institutions and of course political leaders.

It’s no surprise therefore that a single tweet by U.S. President Donald Trump last week has caused this week’s massive sell-off in the crypto sphere. Trump took aim at the “king of alt-coins” commenting that he does not trust altcoins, pointing to national security concerns, investor protection to liquidity, and even illicit activities. 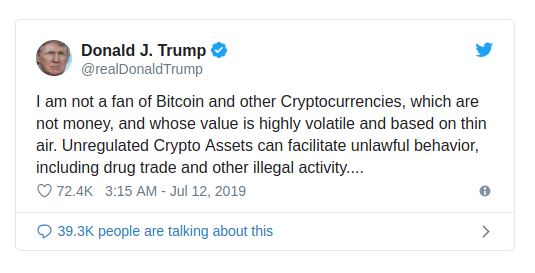 Trump’s statements did not just affect the price of BTC but caused a domino effect on all major cryptos as they prompted investors to essentially stay away from digital currency. What is even worse, slanders of new STOs (Security Token Offering) such as Facebook’s Libra can also have a negative effect on the broader crypto sphere.

Last Thursday for example, Federal Reserve Chairman Jerome Powell stated on Facebook’s planned digital currency Libra that it raises serious concerns regarding privacy, money laundering, consumer protection, financial stability, which need to be publicly addressed. US treasury secretary Steven Mnuchin also stated that he was concerned about the impact Facebook‘s Libra will have on national security.

In a White House briefing, Mnuchin mirrored president Trump‘s recently-found tough stance on digital assets by claiming that its potential to facilitate crime is high, stating that “Cryptocurrencies such as Bitcoin have been exploited to support billions of dollars of illicit activity like cybercrime, tax evasion, extortion, ransomware, illicit drugs, human trafficking,”. Mnuchin also told reporters that “Many players have attempted to use cryptocurrencies to fund their maligned behaviour. This is indeed a national security issue,”.

Meanwhile, Facebook, has already said that it won’t launch Libra until the concerns of financial regulators and central banks are fully met. In his official testimony, Facebook‘s head of Calibra David Marcus also clarified its Libra token isn’t intended to rival to the US dollar, but rather serve as a tool to make international payments more efficient.