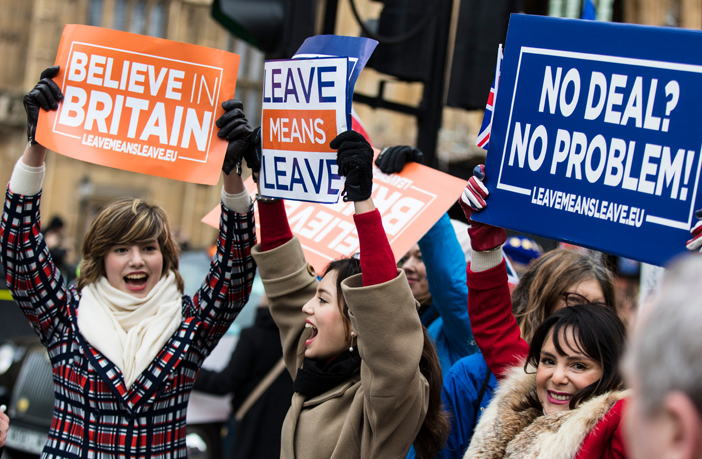 The dollar lost some steam and was last seen trading lower given the return of the risk-on mood and in anticipation of the currency pact. We should keep in mind however that the FED is extending its balance sheet again and is likely to cut rates another time on its next meeting which favours the view that the  USD has more outlook for weakness at the moment. Elsewhere, the EUR broke out to the upside but is still stuck at the 38-day MA which it needs to surpass so as not to fall back from here. The GBP was the winner of the day yesterday and could possibly continue to edge higher today if the Brexit breakthrough continues to become reality.

2. Markets Turn Green on Hopes of a Breakthrough on the U.S./China and Brexit Front

Markets turned higher on Friday morning as positive signals emerged from trade negotiations between the U.S. and China. Specifically, U.S. President Donald Trump characterized the first-day discussions as “very, very good” and plans to meet with Chinese Vice Premier Liu He at the White House later today. Celebrations of a breakthrough also extended to the Brexit front with the GBP spiking 2% higher on Thursday on hopes of a fruitful meeting between British and Irish leaders over Brexit. Both the UK and Irish PM stated in a joint statement that “they could see a pathway to a possible deal”  and any further news down that direction is likely to help the GBP push even higher especially as we continue to see the USD taking a break from further strength.

Turkey’s attacks in northeastern Syria continued for a second day, killing Kurdish fighters and seizing 11 towns. Trump stated there are only 3 ways to respond to this 1) take military action which he doesn’t seem to want to do 2) hit Turkey financially and with sanctions which the US is proceeding with and 3) mediate a deal between Turkey and the Kurds, which probably still has a long way to go. As a result, the TRY sell-off cooled down a bit but could easily re-ignite on further stress.

Oil prices climbed on Friday, building on gains in the previous session after producer club OPEC hinted at making deeper cuts in supply. What is more, 3% of the global oil tanker fleet was taken out of the market, as companies feared violating U.S. sanctions against Iran and Venezuela. Elsewhere, gold prices dipped but remained still very close to the $1,500 which remains a possible oncoming recession alarm bell, not to be ignored.