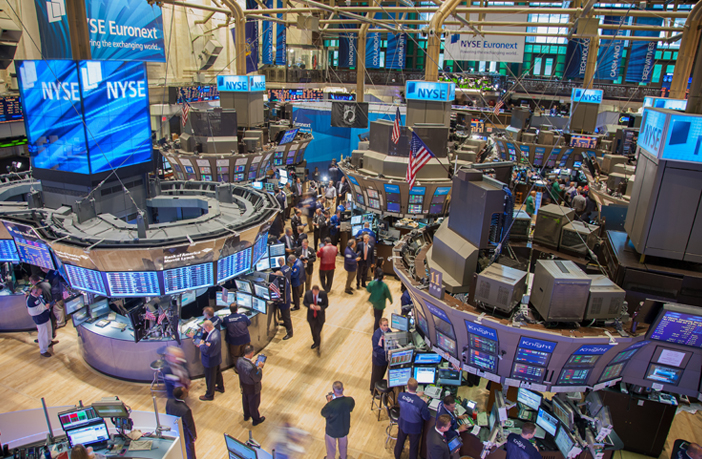 European bourses opened mostly higher this morning ahead of a quadruple witching options expiry but may soon begin to deflate as investors worldwide seek to cash in on the substantial gains generated by positive news on U.S.-China trade over the past month. Heading into the festive period, Asian stock markets traded mixed after US indices had hit news highs yesterday despite the impeachment process against President Trump. It is also worth noting that nearly one day after impeaching President Donald Trump on a mostly partisan vote, the House handed him a significant victory yesterday by overwhelmingly approving a sweeping trade deal with Mexico and Canada.

Today is a special day for volatility traders, with the quarterly “quadruple witching” expiry. December options and futures on indexes and stocks will expire today, which usually creates a surge in trading volume and often some unexpected market moves! Usually, a lot of volatility in the markets is seen on this day and most of the European Call options on the Stoxx 50 futures will be in the money.

3. Another Brexit Vote in Focus

It’s been just over a week since the U.K. election, but Boris Johnson’s Brexit bill gets its first vote Friday in the House of Commons with the aim take the country out of the European Union on Jan. 31. Boris will then get to work ushering in a “golden age” for Britain but given his party’s new majority, the vote is all but a formality.

Sterling was precariously poised as it headed for its worst week in more than two years this morning on fears of a chaotic British exit from the European Union. Cable has given up all the gains won after Prime Minister Boris Johnson was re-elected last week and has slumped 2.3% against the dollar since Monday. It has fared even worse against the euro, headed for its largest weekly loss since July 2017. Later today, we’ll get revised U.S. GDP data which is expected to keep the USD in focus. Uncertainty in the forex markets helped the safe-haven Swiss franc rise to its highest in a month against the euro at 1.0881 francs.

Oil prices steadied near three-month highs this morning, on the back of easing China-U.S. trade tensions and broader risk appetite. Progress in a long-running trade dispute between the world’s two biggest oil consumers has boosted expectations for higher energy demand next year.