Markets Drop After Iran Retaliates by Striking in Iraq 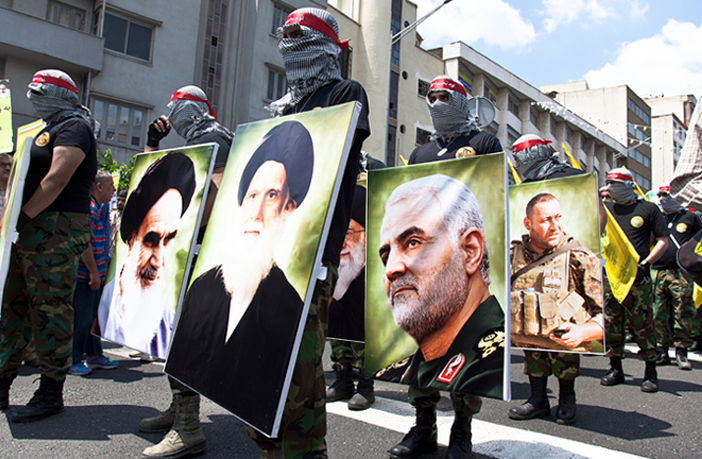 Retaliation from Iran began with the firing of ballistic missiles in early morning hours at two military bases in Iraq where American troops are stationed. As markets were on the way back to normal we saw them deflate today as tensions intensified. No casualties have been declared so far by the US but the attack is expected to cause further cooling in risk appetite.

Following the attacks, Gold shot up towards fresh highs and shortly climbed beyond the 1600$ level as investors rushed to safe havens. Investors seem more cautious for now, not willing to buy more risky assets. Spot gold climbed 2% to over $1,600 early this morning but later fell back to $1585 on some profit-taking.

Oil prices surged more than 4% after the Iranian missile attacks with U.S. West Texas Intermediate crude futures climbing over $65, and Brent crude reaching over $71 per barrel, its highest level since September. Markets will now be holding their breath to see whether the U.S. will choose to strike back at Iran, which could lead to a full-blown war.

Meanwhile, a Ukrainian Boeing 737-800 carrying at least 170 people crashed shortly after takeoff from Tehran this morning because of technical problems, according to the Iranian state news media. The latest Boeing tragedy is seemingly unrelated to the overall US/Iran situation but leaves more questions for now. Boeing shares are expected to open lower today as the company is still struggling to get a 737 Max fix approved by regulators and may now need to also assess the 737 NG, the predecessor to the Max.

5. Carlos Ghosn to Give Press Conference

Market participants will also focus on the press conference of fugitive Carlos Ghosn in Beirut this afternoon. This will not give valuable information but clear up the picture of why he fled Japan in the first place. Mr. Ghosn faces charges in Japan of financial crimes from his days as chairman of the Nissan-Renault automaking alliance.

This afternoon the ADP Nonfarm Employment Change release for December at  13:15 GMT will give us a first reading on the strength of the US labour market with forecasts pointing to 150,000 jobs added in December, up from the disappointing 67,000 jobs created in November. This could help the dollar push higher as the greenback remains pressured by the latest geopolitical turmoil.

BTC/USD topped at $8,438 in just over 40 minutes early this morning after the latest missile attacks on US bases. Bitcoin, perhaps finally finding its place as a so-called safe-haven asset, has moved sharply higher after Iran retaliated for the U.S. killing of Iranian general Qassem Soleimani.