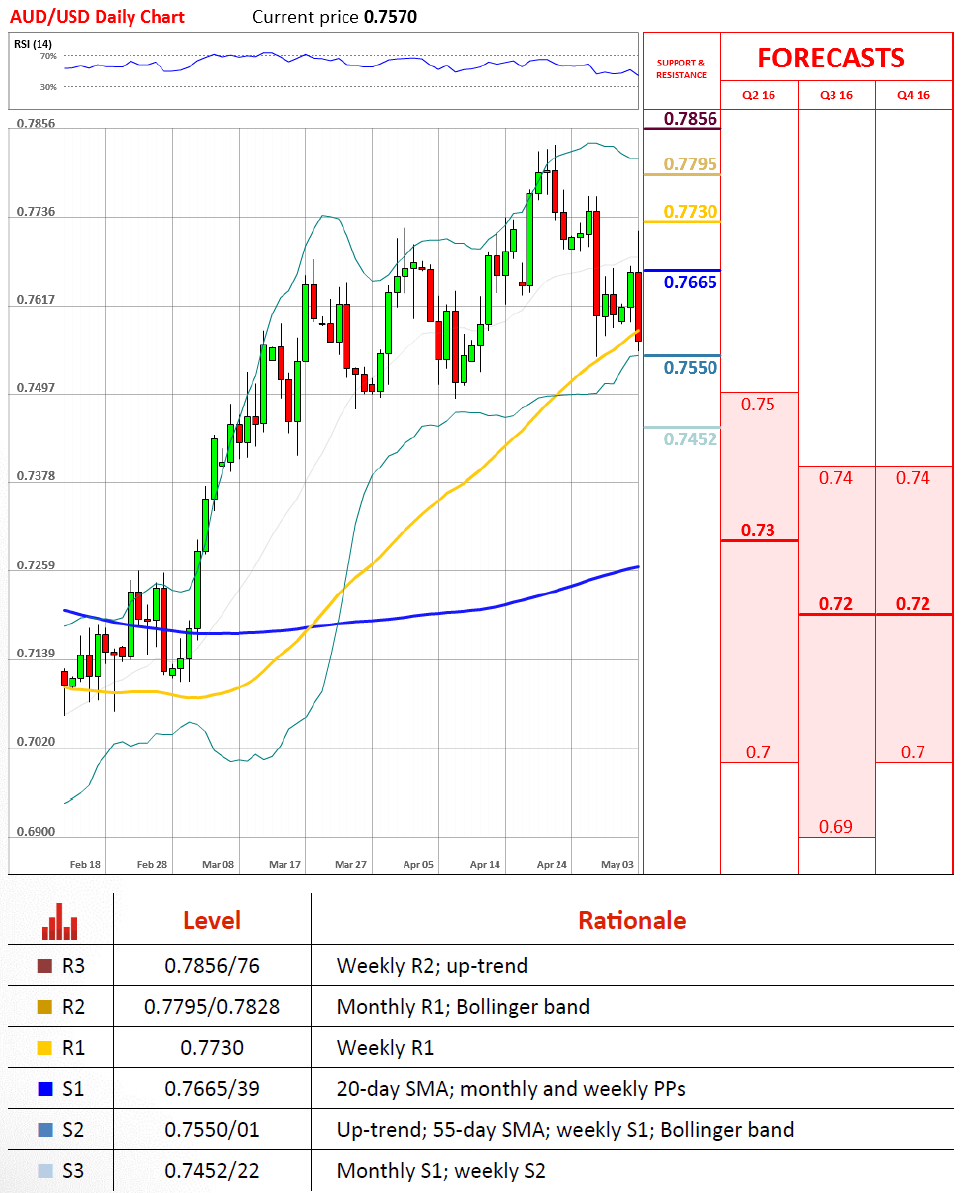 © Dukascopy Bank SA
"The move by the RBA wasn't exactly unexpected following last week's inflation release but at the same time, it was not a guarantee either, with the Australian economy showing signs of improvement as highlighted repeatedly by the central bank itself."
- Oanda (based on Market Watch)

Pair's Outlook
The AUD/USD currency pair managed to preserve the rising wedge pattern yesterday, as the exchange rate surged above the immediate resistance cluster. The bullish momentum was expected to prevail today as well, but the unexpected interest rate cut by the RBA triggered a relatively sharp sell-off, which pushed the Aussie back under 0.76. Since the cluster around 0.7650 appears to be failing to keep the pair either from rising or falling, the up-trend is likely to succeed in limiting the dips. Meanwhile, technical indicators in the daily timeframe are bolstering the bearish scenario, suggesting that a recovery from the intraday low is doubtful.

Traders' Sentiment
Bullish market sentiment remains unchanged at 69%, whereas the portion of orders to acquire the Aussie increased from 31 to 52%.