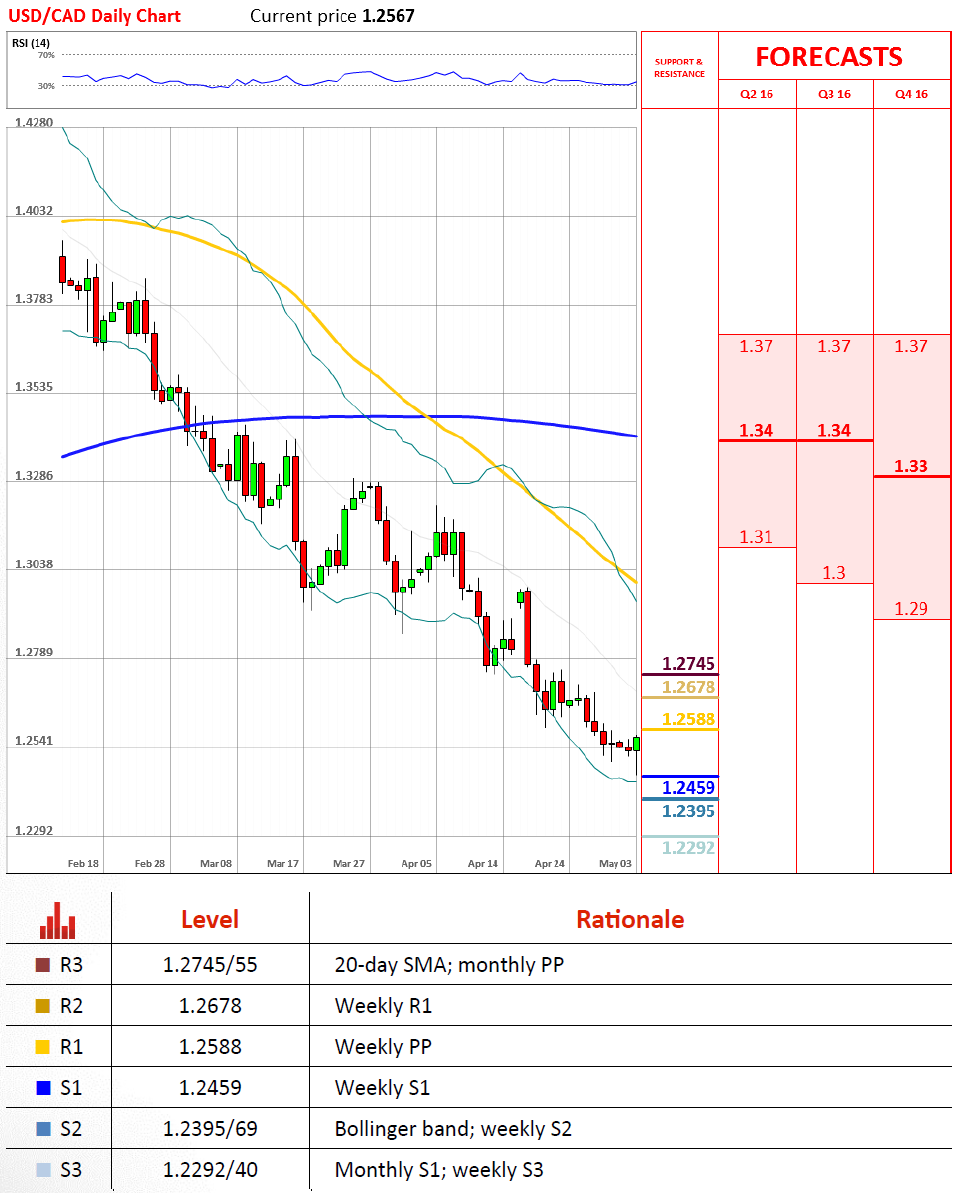 © Dukascopy Bank SA
"The dollar has just not done particularly well over the past few weeks as the Fed has moved toward delaying rate hikes, and that's a situation that definitely will continue, certainly for the near term."
- Bank of Nova Scotia (based on Bloomberg)

Pair's Outlook
The US Dollar continued to decline against the Canadian currency for the fifth consecutive time yesterday, but managed to remain above the 1.25 mark. Technical indicators keep giving mixed signals, suggesting that the USD/CAD pair is to remain relatively flat for another day. In case the 1.25 level gives in, we should see the demand at 1.2459, namely the weekly S1, prevent the Greenback from falling deeper. On the other hand, a possibility of a small bullish correction exists, the upper border of which is the weekly pivot point at 1.2588. The base case scenario, nonetheless, is a drop at least towards 1.25.

Traders' Sentiment
Traders' sentiment remains bullish, as 63% of traders hold long positions today, compared to 62% yesterday. At the same time, the number of orders to acquire the Buck edged lower from 70 to 61%.