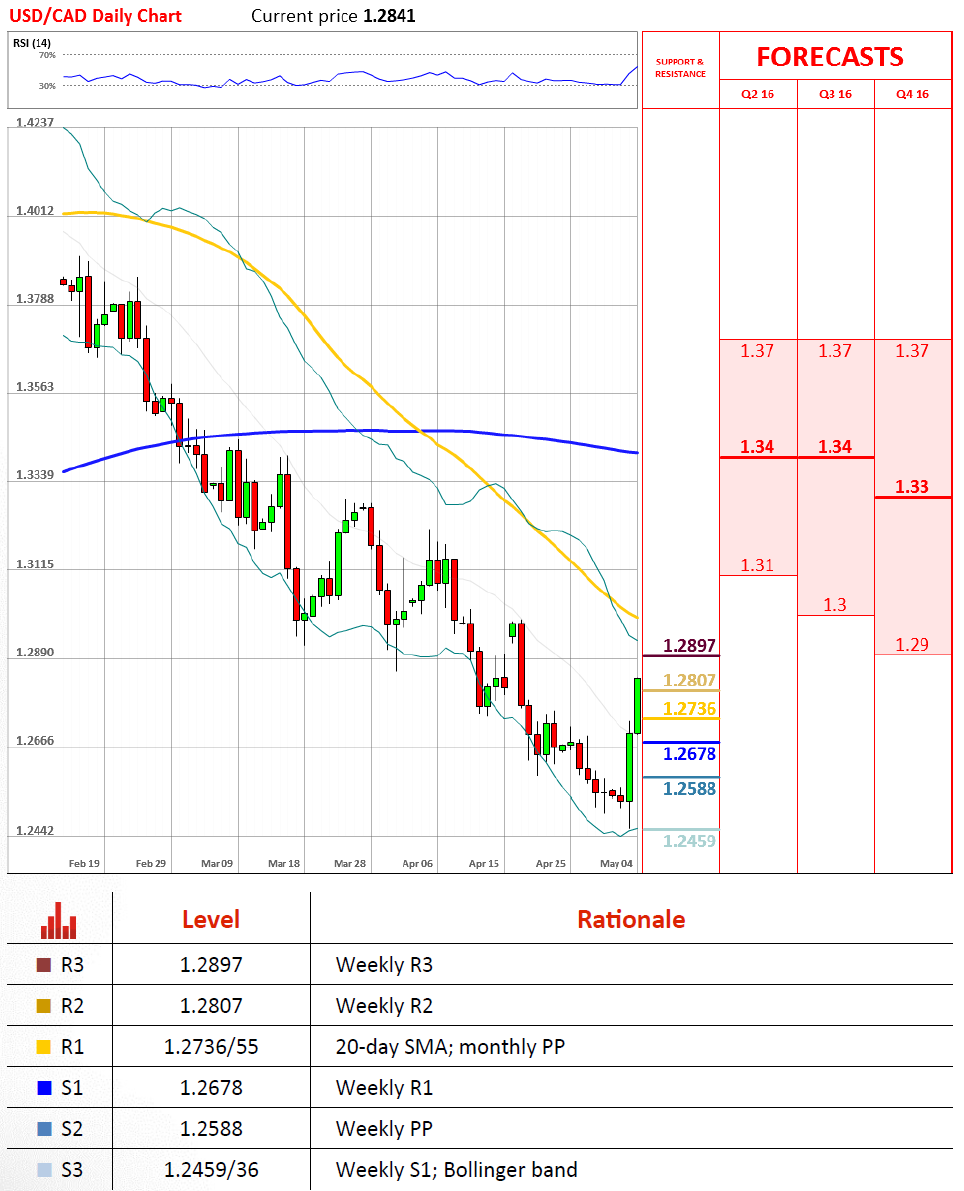 © Dukascopy Bank SA
"It has been painful trying to pick a bottom of the US dollar against the Canadian dollar. But now a 4-5 point downtrend from the secondary high in late-January is being violated today. It is found near CAD1.2785."
- BBH (based on FXStreet)

Pair's Outlook
Yesterday's sharp decline of oil prices caused the Canadian Dollar to experience a substantial sell-off, allowing the US Dollar to reach the highest level in almost two weeks. The Greenback, however, is expected to prolong its rally, despite a poor reading of the US ADP data, with the exchange rate climbing over the 1.28 mark today. The nearest resistance in face of the 20-day SMA and the monthly PP is insufficient to keep the Buck from appreciating, while the weekly R2 is the second closest resistance, resting at 1.2807. This buying spree might even lead the price up to the 1.29 major level, which is the highest possible target today, with the weekly R3 acting as the supply area at that point.