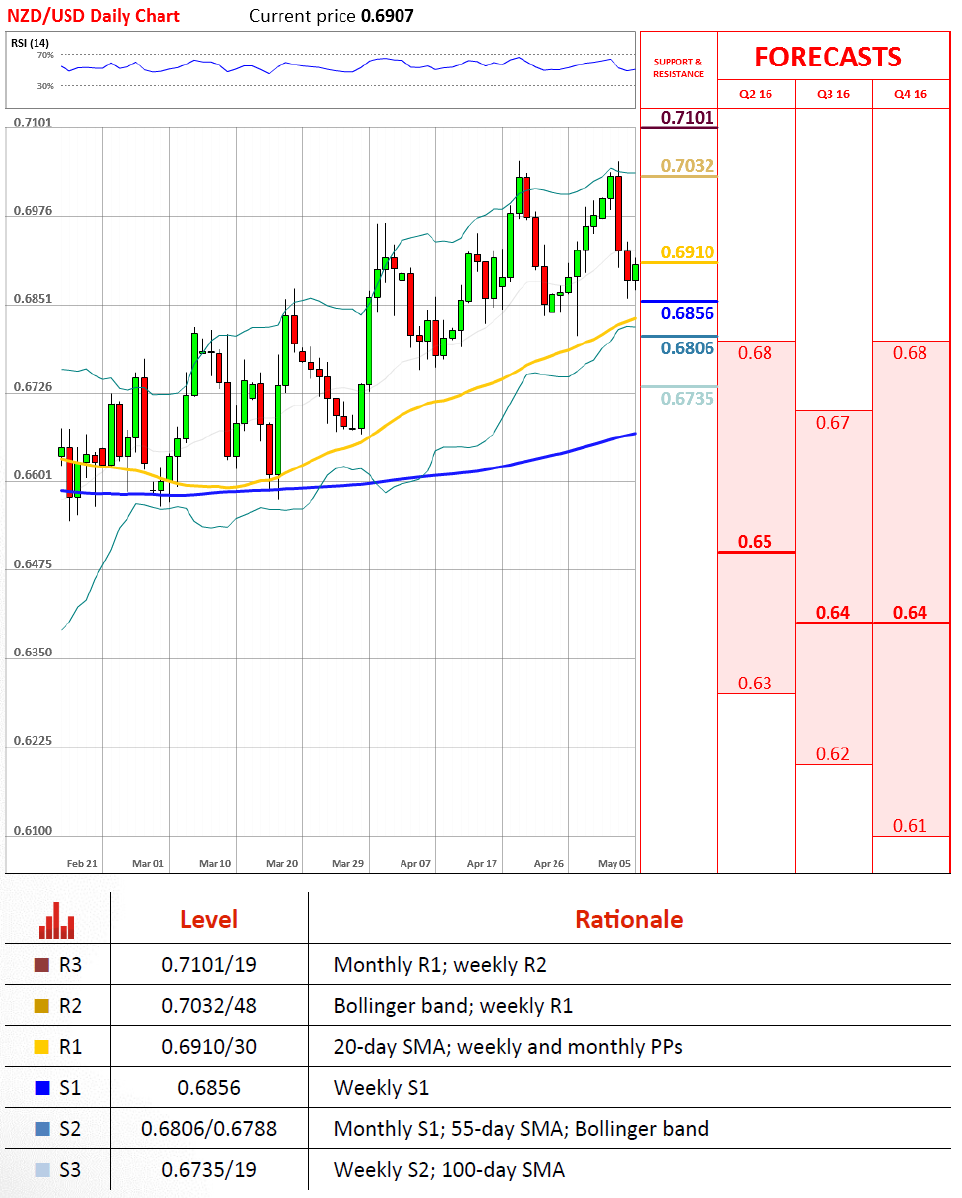 © Dukascopy Bank SA
"The kiwi has been calm and stable over the past 24 hours and part of that is because we've got big events tomorrow."
- Westpac Banking Corp. (based on The New Zealand Herald)

Pair's Outlook
The Kiwi failed to outperform the US Dollar and to preserve the ascending channel pattern, as the decline caused the trend-line to be pierced. The NZD/USD currency pair is now stuck between the 20-day SMA, the weekly and the monthly PPs from the upside, forming a strong resistance cluster, and with the weekly S1 acting as the closest support at 0.6856. A bullish development today could cause the NZ Dollar to negate Wednesday's losses completely, unless the 0.69 major level proves to be too difficult to overcome. In case the bearish scenario prevails, we expect the losses to be contained by the 0.6840 level, just under the weekly S1.

Traders' Sentiment
For the second day in a row bulls take up 51% of the market , whereas the share of sell orders inched up from 44 to 56%. 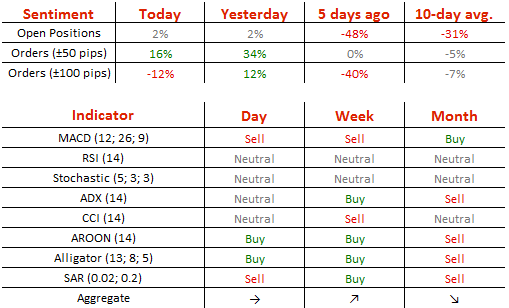