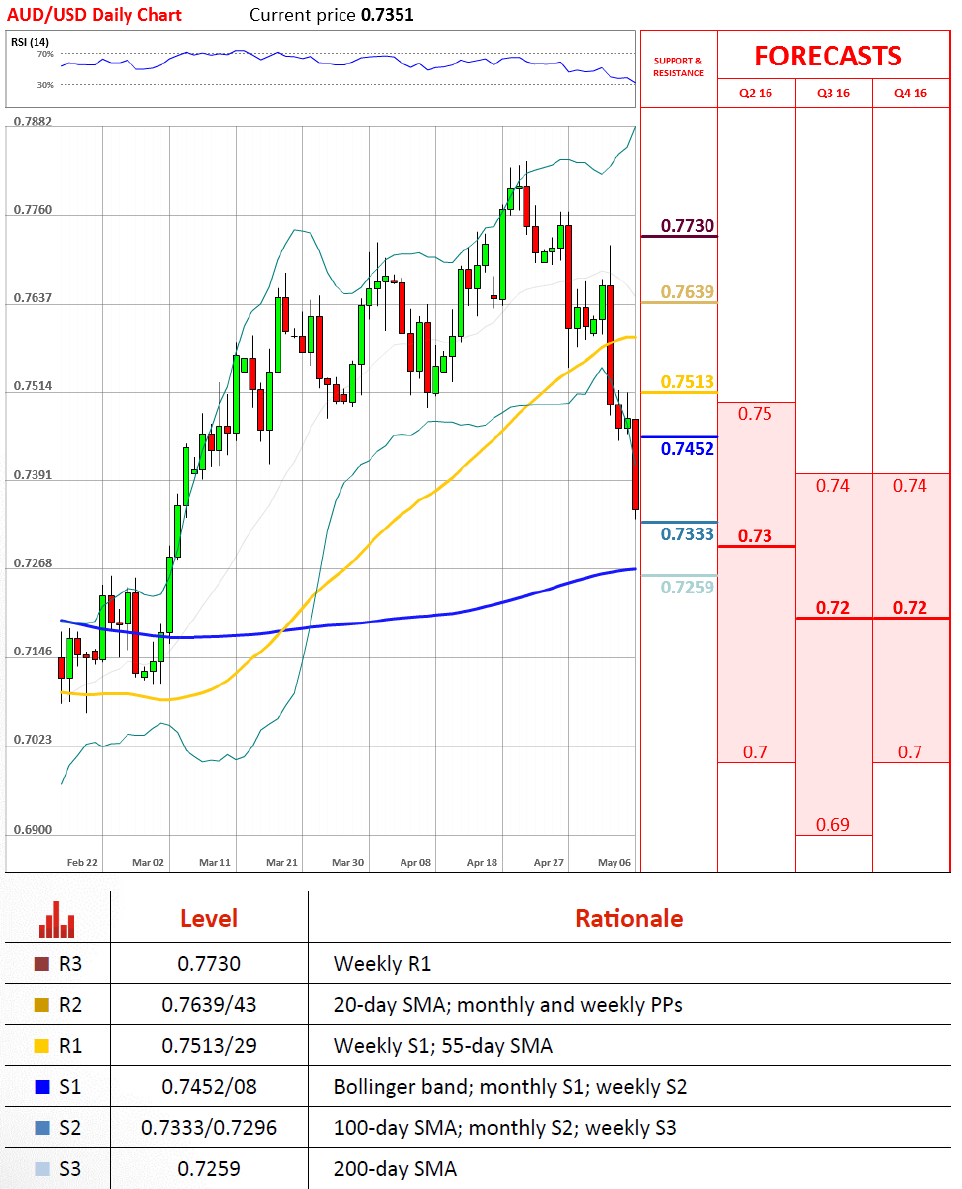 © Dukascopy Bank SA
"While we are still bearish on this pair, the recent sharp drop appears to be running ahead of itself and those who are short should consider taking partial profit near the major 0.7340 support."
- UOB (based on FXStreet)

Pair's Outlook
The monthly S1 provided sufficient support for the Aussie, causing it to rebound against the US Dollar on Thursday. However, the pair was unable to maintain trade above the 0.75 major level, which resulted in relatively flat trade yesterday. Nevertheless, today's RBA Monetary Policy Statement triggered a rather sharp sell-off of the Australian currency. In case the nearest support fails to keep the AUD/USD currency pair from falling deeper, then the second area in face of the 100-day SMA, the monthly S2 and the weekly R3 around 0.7315 is likely to limit the losses.