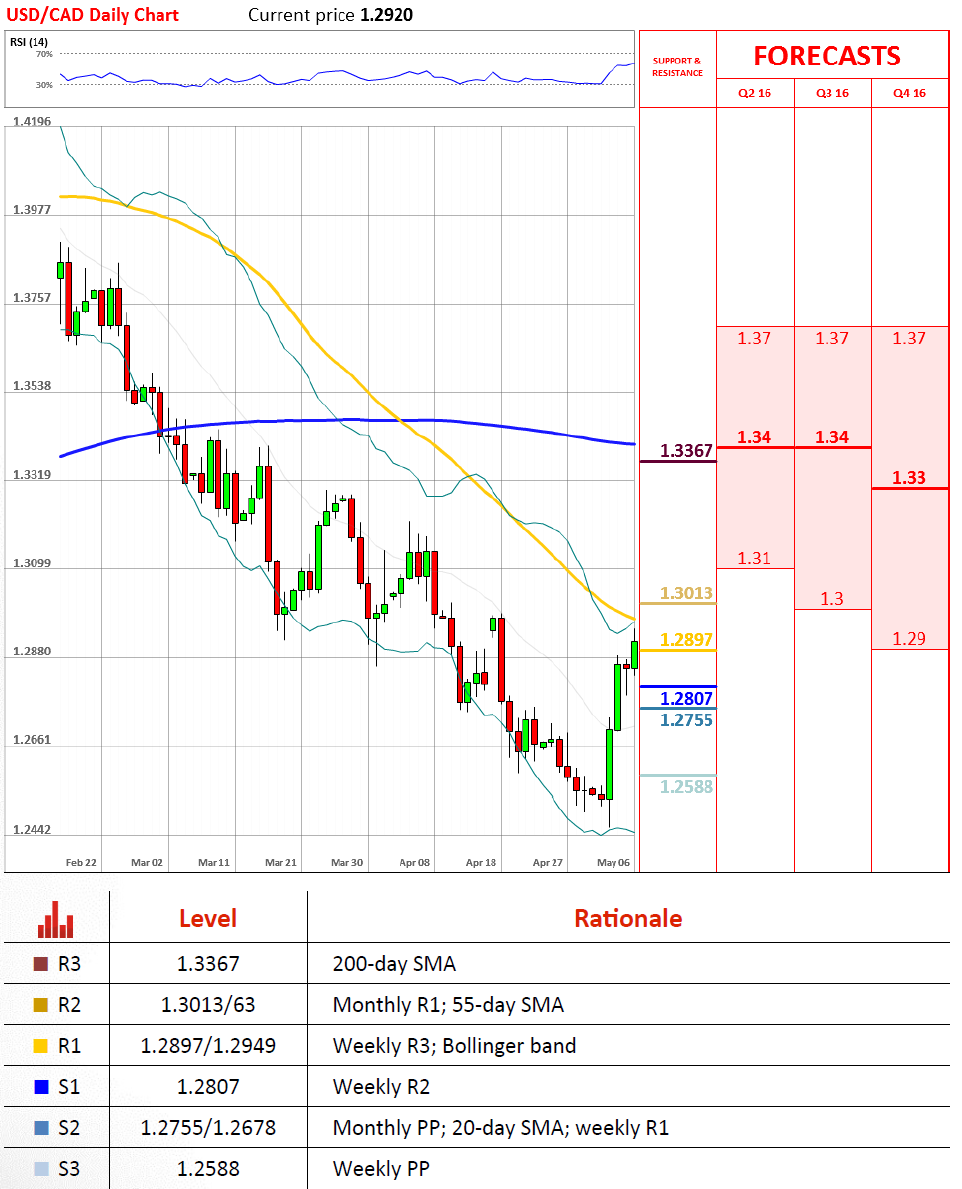 © Dukascopy Bank SA
"Regardless of what's happening right now, the [US] dollar's probably going to trade on the back foot today."
- Westpac Banking Corp (based on Bloomberg)

Pair's Outlook
The American Dollar remained almost completely unchanged against its Canadian counterpart on Thursday, having edged only 16 pips lower. Technical studies suggest the Greenback is to sustain another loss today, with the closest support being the weekly R2 at 1.2807. Nonetheless, the USD/CAD currency pair appears to be reluctant to decline today. The nearest resistance area is located around 1.29 major level, represented by the weekly R3; furthermore, the Bollinger band is now bolstering this resistance, meaning that gains could extend towards 1.2950.

Traders' Sentiment
Bulls now take up 52% of the market (previously 54%), but the portion of orders to sell the US currency increased by two percentage points more, having risen up to a total of 61%. 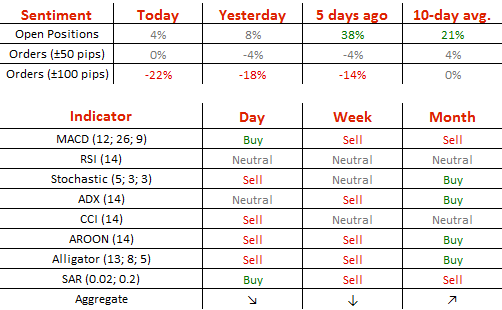