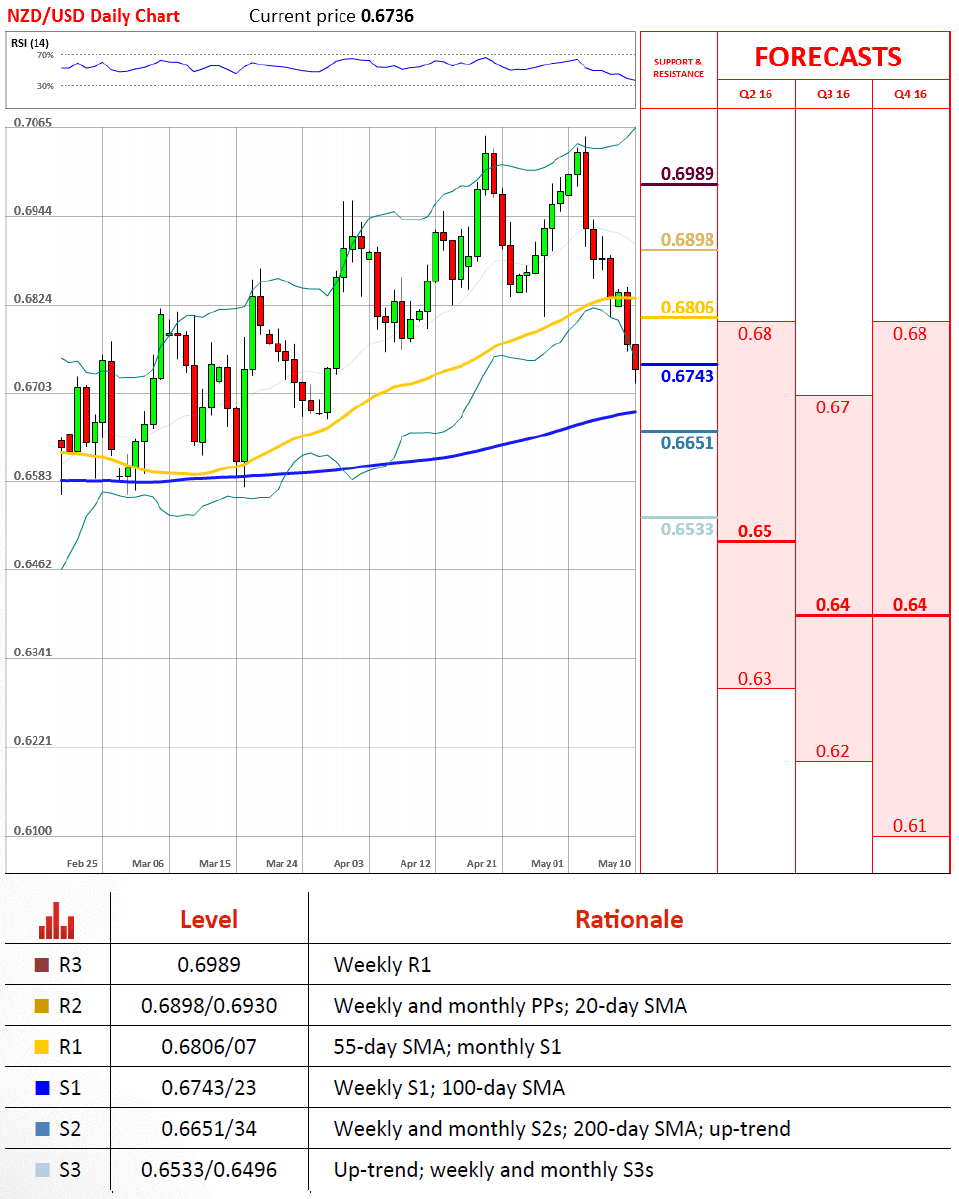 © Dukascopy Bank SA
"The ease of which the strong support at 0.6800 is taken out is unexpected and suggests further NZD weakness is likely in the days ahead."
- UOB (based on FXStreet)

Pair's Outlook
The New Zealand currency weakened against its US counterpart at the beginning of the week, with the immediate support cluster failing to hold the losses. The outlook remains bearish, with the NZD/USD currency pair facing a support cluster around 0.6730, formed by the weekly S1 and the 100-day SMA, which is also the final obstacle before the Kiwi slumps back under the 0.67 mark. Overall, losses could extend towards the 0.6640 area, where the weekly and the monthly S2s coincide with the 200-day SMA and the four-month up-trend. Today's volatility is still dependent on the RBNZ's financial stability report, with a possibility of the pair recovering from its intraday lows present.

Traders' Sentiment
Market sentiment remains close to equilibrium, with 51% of all open positions being short, compared to 49% on Monday.