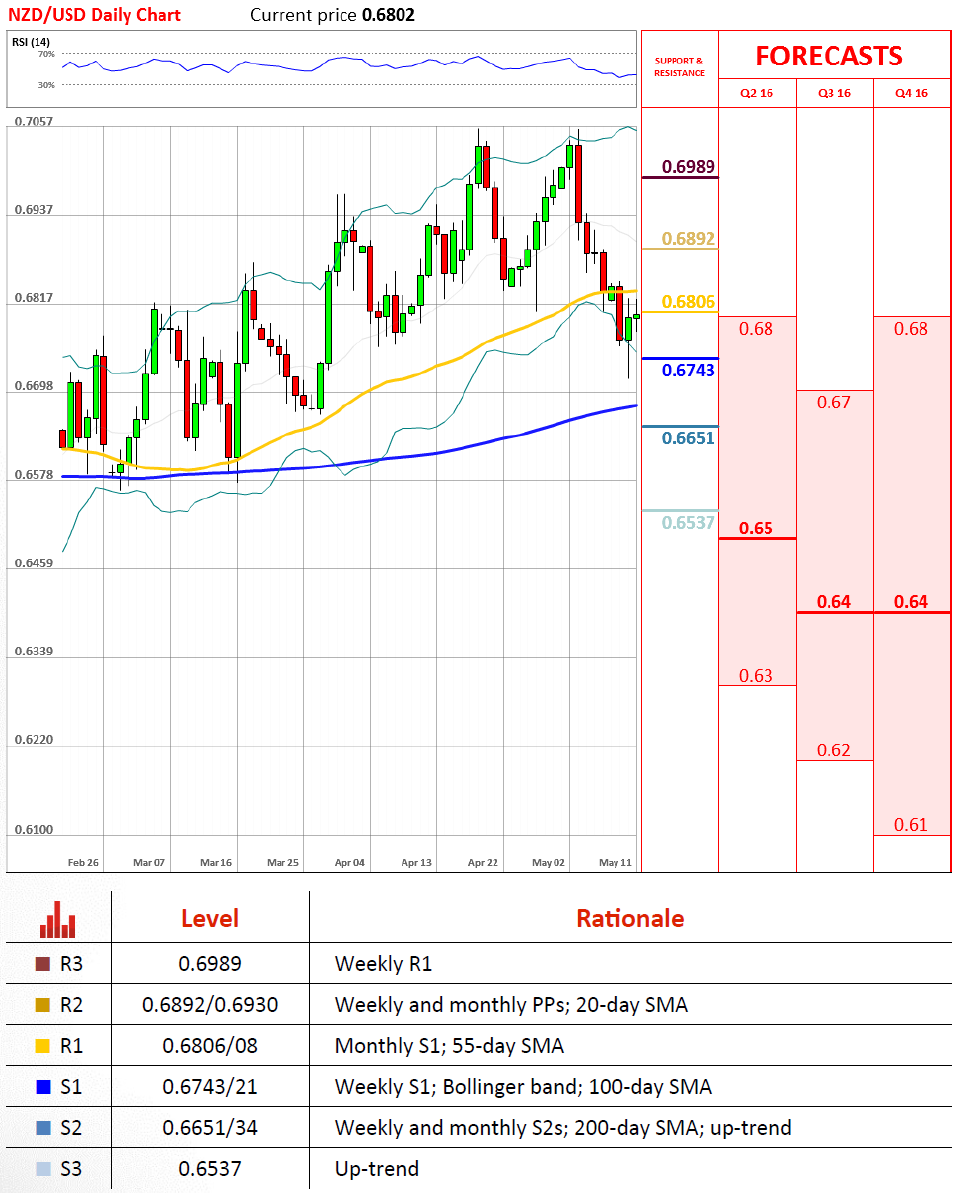 © Dukascopy Bank SA
"The ease of which the strong support at 0.6800 is taken out is unexpected and suggests further NZD weakness is likely in the days ahead."
- UOB (based on FXStreet)

Pair's Outlook
On Tuesday the Kiwi reached a five-week low, but managed to recover and close trade on top of the immediate support cluster, having experienced only a 13-pip drop against the Buck. The same tough support area remains below today's opening price, thus, a rebound is likely to occur. The nearest area to limit the gains is located around the 0.68 major level, represented by the monthly S1 and the 55-day SMA. As a result, the NZD/USD currency pair might close somewhere between today's opening price and the nearest resistance cluster, as no impetus is expected to push the NZ Dollar beyond the 0.68 mark.

Traders' Sentiment
Market sentiment remains close to the equilibrium, as 51% of traders are now long the Kiwi (previously 49%). At the same time, the portion of sell orders edged down from 56 to 51%. 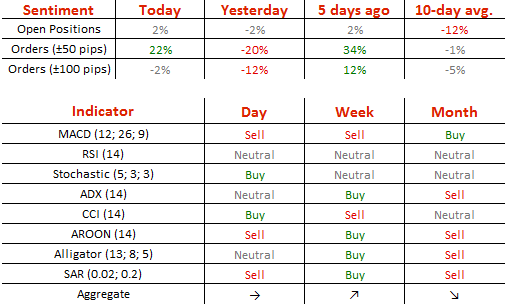