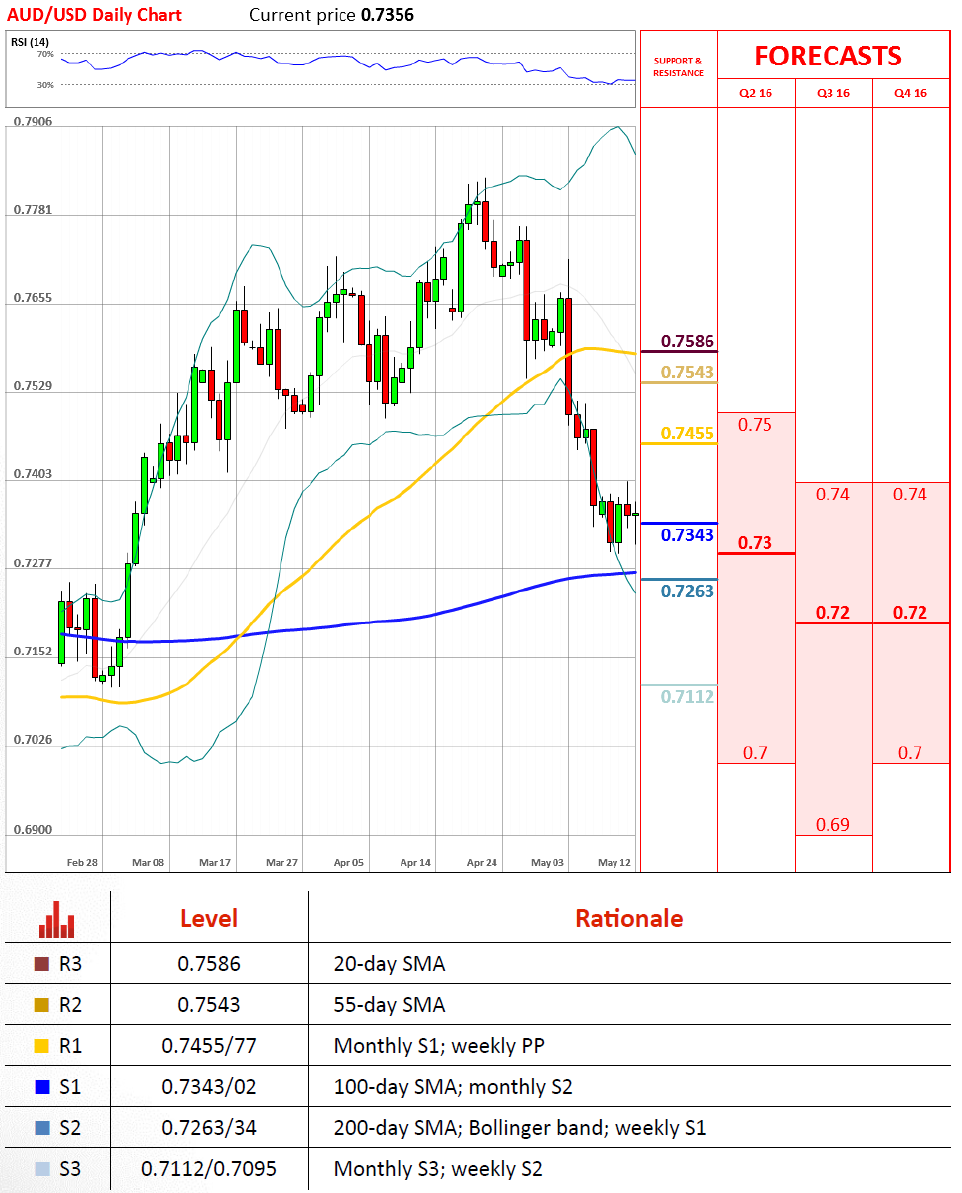 © Dukascopy Bank SA
"Commodity currencies are doing quite well against the dollar. The Energy Information Administration inventory data was quite constructive, and U.S. energy production is falling, so oil prices have caught a bid and commodity currencies are holding up."
- Westpac Banking Corp. (based on Bloomberg)

Pair's Outlook
The Aussie barely managed to outperform its US counterpart, with the pair appreciating only 14 pips on Wednesday. Being a commodity currency, the Australian Dollar is dependent on oil prices, which are driving the pair lower today. The 100-day SMA is still the closest support, but a drop towards the monthly S2 at 0.7302 is not out of the question. A breach of the 0.73 level is also likely to set the Antipodean currency on a bearish path towards 0.71, unless demand, represented by the 200-day SMA and the weekly S1 circa 0.7250, is sufficient to cause a rebound. Meanwhile. technical indicators are bolstering the possibility of the negative outcome.

Traders' Sentiment
Nearly three quarters (74%) of traders are long the Aussie, while the number of purchase orders takes up 69% of the market (up from 60%). 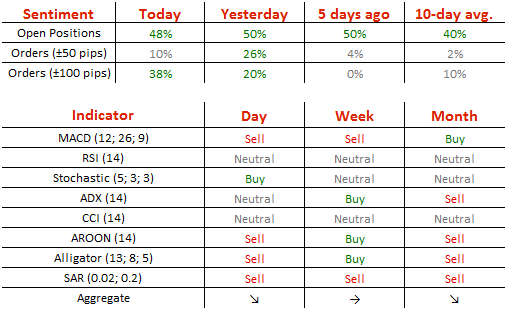