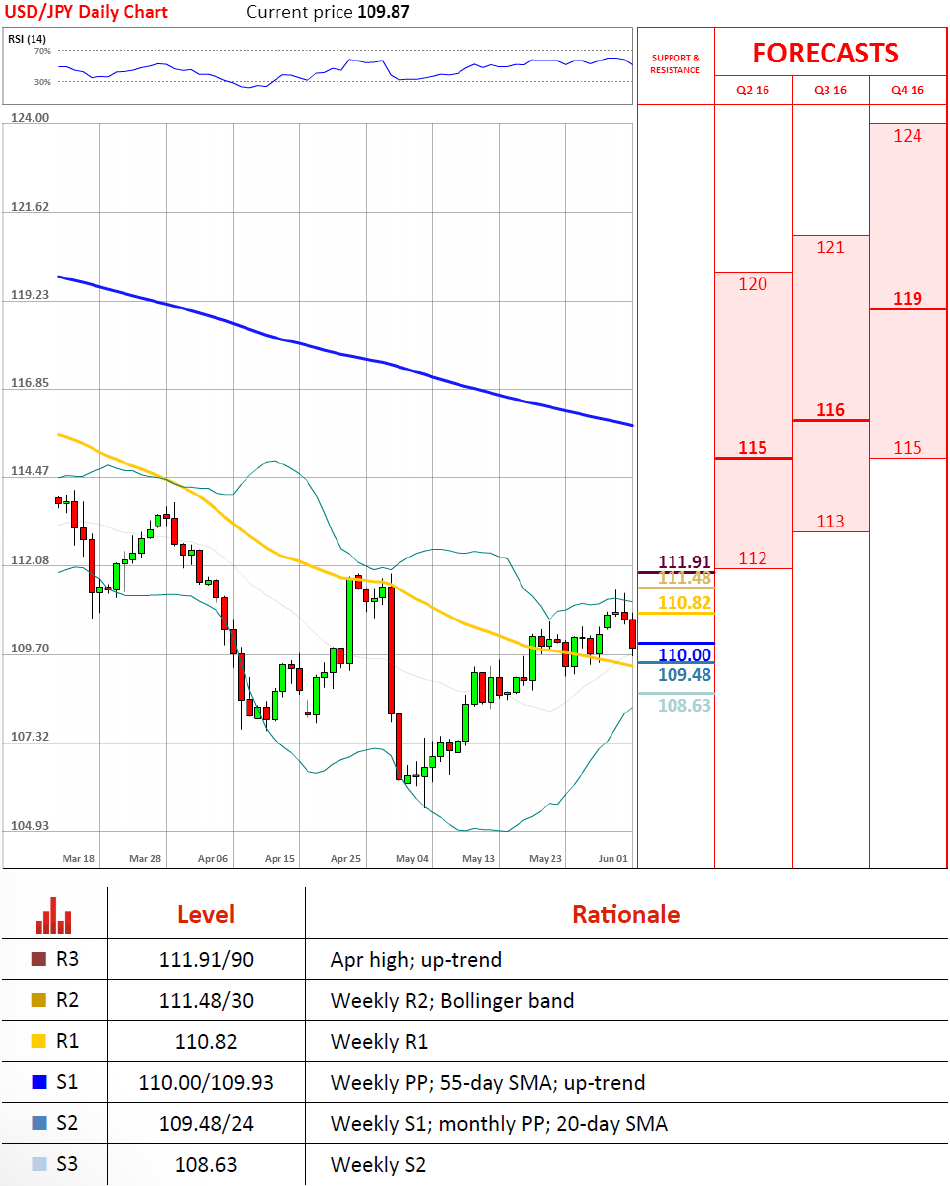 © Dukascopy Bank SA
The data "feeds into the idea of a Fed hike in the months ahead and into the concepts of an improving economy in Q2, all of which is important for the dollar."
- Commonwealth Foreign Exchange (based on MarketWatch)
Pair's Outlook
USD/JPY turned around before reaching the upper bound of the channel, and the currency pair is now testing the up-trend and 55-day SMA at 110 yen. The base scenario is that this support holds and triggers a rally towards 112 yen, where the rate should meet the April high, weekly R3 and 100-day SMA. If this is not the case and the price falls lower, the sell-off will likely extend down to 107, where support is implied by the monthly S1 and 38.2% Fibonacci retracement of the 2011-2015 up-move.

Traders' Sentiment
The number of bulls by far exceeds the number of bears: 72% of open positions are long and only 28% are short. At the same time, the share of orders set 100 pips around the spot to purchase the Greenback declined from 64 to 46%.