Gold revives for the first time in ten days 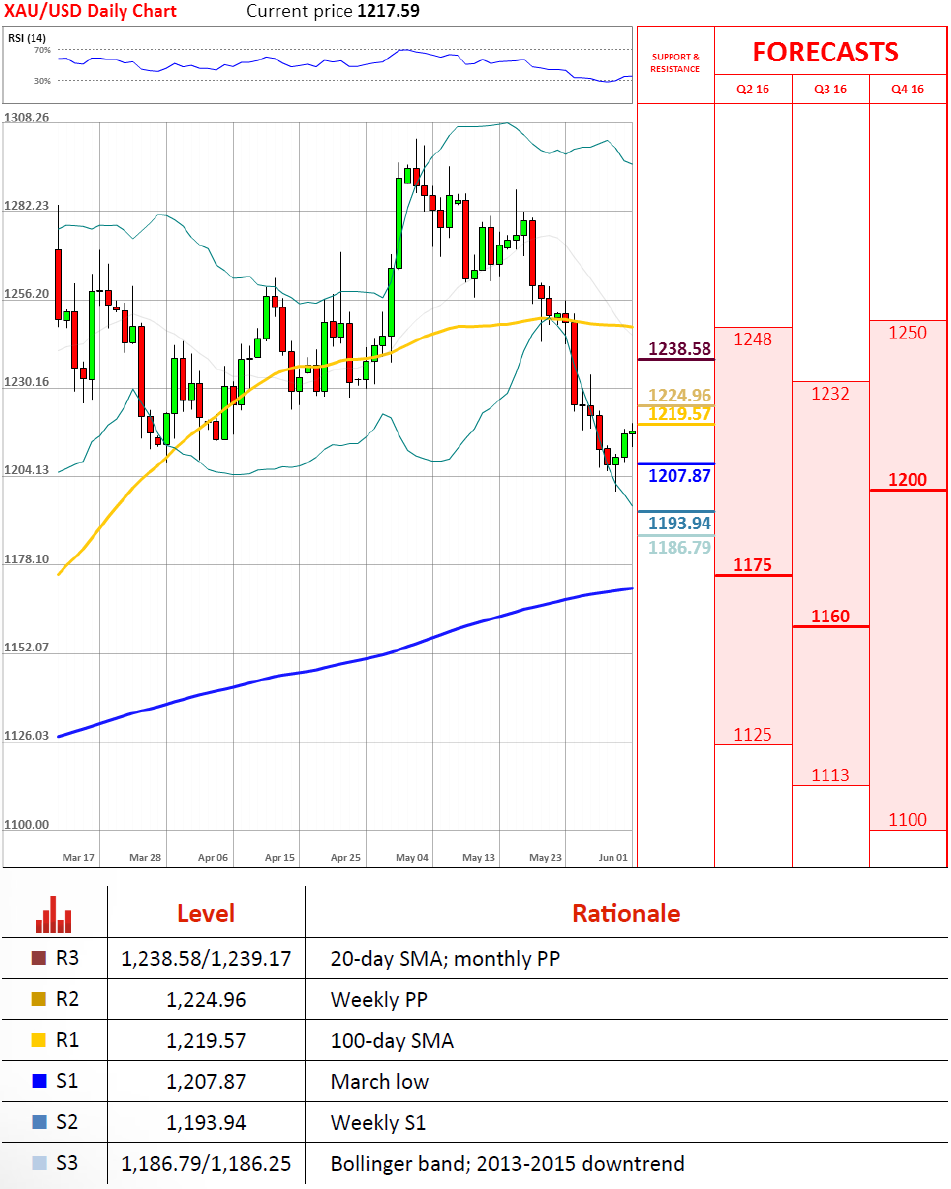 © Dukascopy Bank SA
"The fact that gold did not undergo another sharp selling bout on Tuesday in light of strong U.S. macro data (and an equally strong dollar) tells us that participants may already have discounted a rate rise."
- INTL FCStone (based on CNBC)
Pair's Outlook
For the first time in ten days the bullion has finally gained value on Tuesday of this week. The price rebounded only slightly, and after touching the 100-day SMA at 1,218 gold was forced to make a setback to close at 1,214. Nevertheless, the outlook remains largely negative and the metal will feel bearish pressure as long as it keep fluctuating under the 100-day SMA and the weekly pivot point of 1,224.96. A spike above here would allow for another streak of gains in the direction of the fresh June monthly pivot point at 1,239.17. From the downside, the most important support is represented by the weekly S1 at 1,193.94.

Traders' Sentiment
More than 54% of all SWFX positions are bullish on the yellow metal in the morning today, proclaiming an additional increase of about two percentage points over the past 24 hours. 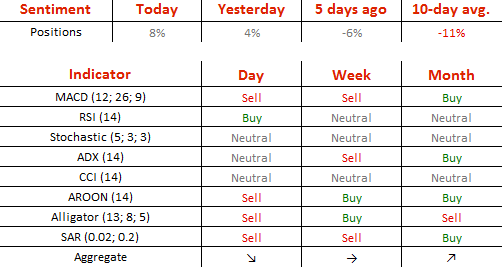