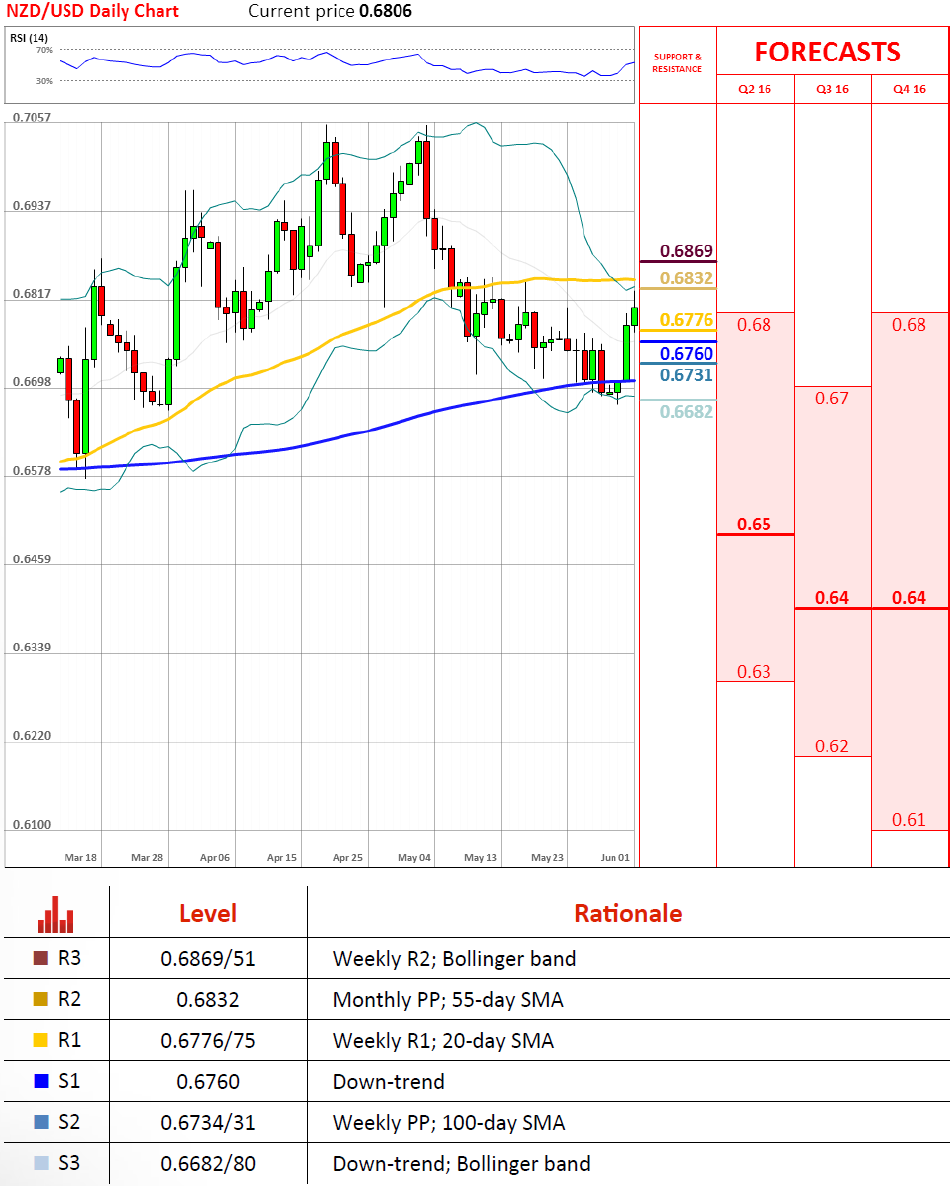 © Dukascopy Bank SA
NZD and CAD gained with "the improved risk sentiment within the commodity block."
- Westpac (based on Bloomberg)

Pair's Outlook
NZD/USD left the boundaries of the channel that was supposed to guide the pair first to the 200-day SMA and then to the nine-month up-trend. However, this does not change our bearish outlook on the pair—the decline is likely to be simply delayed. The New Zealand Dollar is expected to peak out at 0.6830 (monthly PP and 55-day SMA) and then give in to the selling pressure, the ultimate target of which should be a major support area near 0.6560.

Traders' Sentiment
Despite increased volatility there is still no perceptible difference between the amounts of bulls and bears—47 and 53%, respectively. In the meantime, the share of sell orders inched noticeably lower, namely from 69 to 59%.