EUR/USD continued to rally on Wednesday 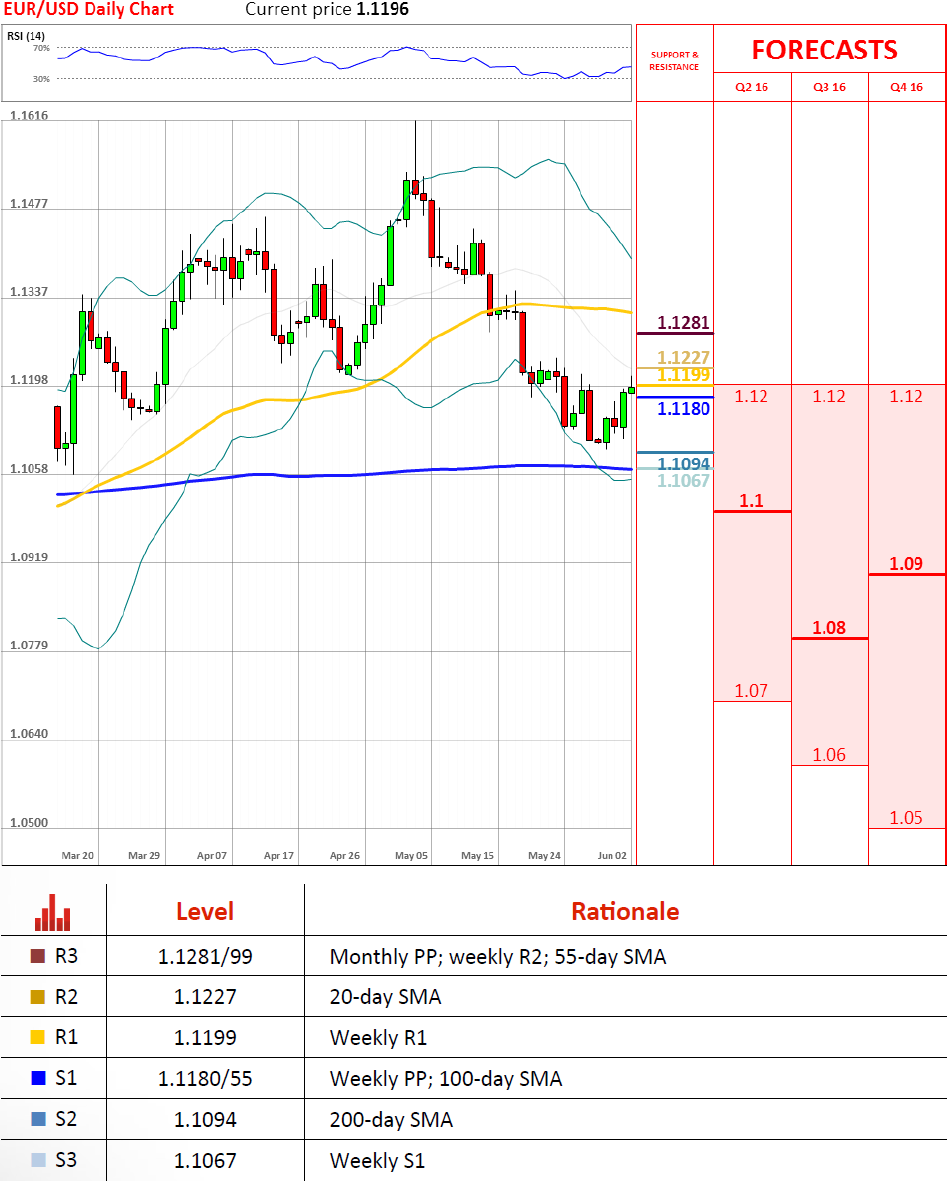 © Dukascopy Bank SA
"The dollar's been under a little bit of pressure. It raised some questions about whether the Fed would be able to raise rates."
- Commonwealth Foreign Exchange Inc. (based on Bloomberg)

Pair's Outlook
The Euro depreciated against the US Dollar at the start of Wednesday's trading session and reached the point of 1.1114. However, EUR/USD started climbing afterwards and ended the trading session at 1.1184, breaking the increasing downward wedge pattern's upper trend-line at 1.1185. The currency exchange rate continued to advance on Thursday and reached the daily R1 at 1.2116, which it failed to break and at the moment is fluctuating near 1.1195. In the meantime, the aggregate technical indicator forecasts a downfall for the currency today. 

Traders' Sentiment
The percentage of bullish SWFX positions dropped dramatically over the past 24 hours, down to 44% from 50%. In the meantime, pending orders in both 50 and 100-pip ranges from the spot are slightly biased in favour of the bears (52%) today.