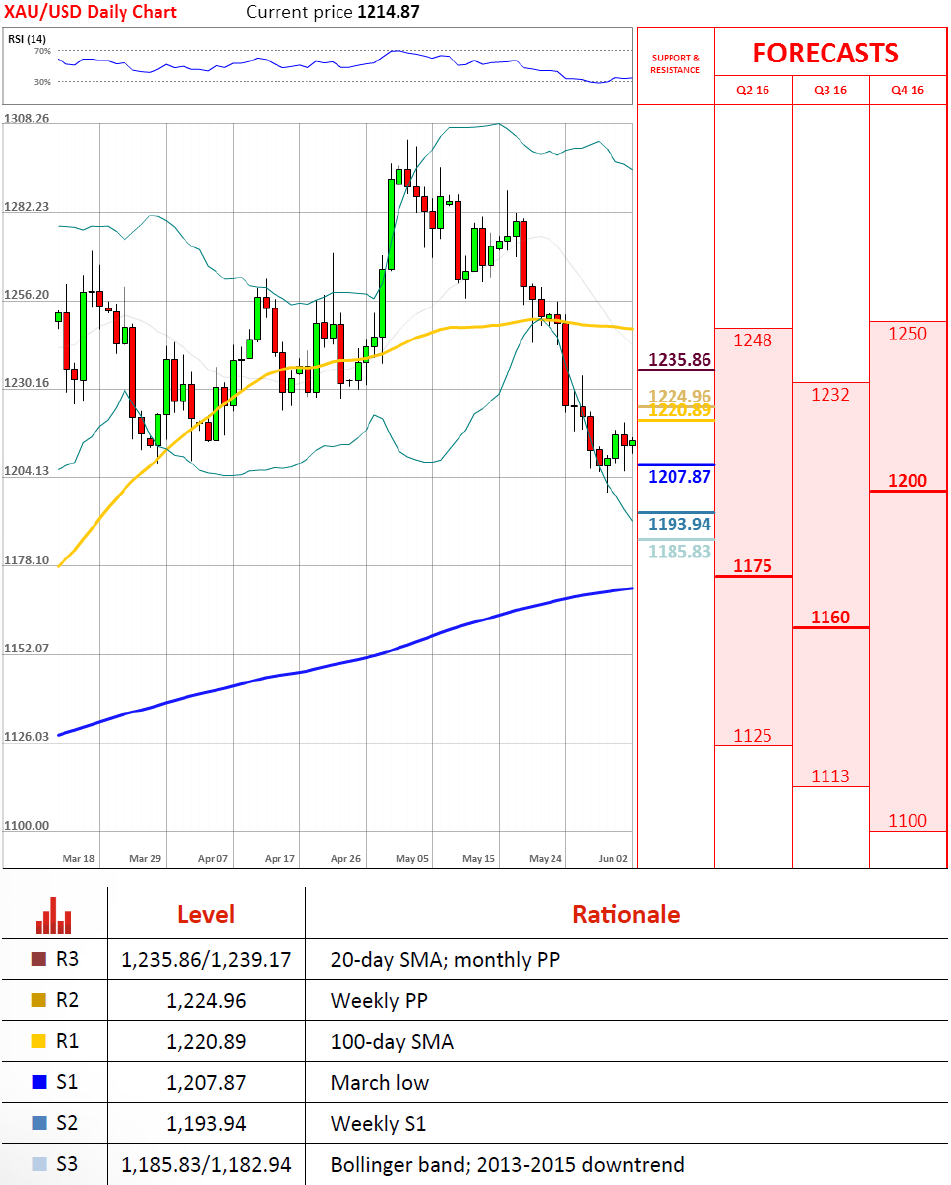 © Dukascopy Bank SA
"We expect the Fed to move in June rather than in July, in which case gold could be closer to bottoming out, since we see the dollar weakening after the move is out of the way."
- INTL FCStone (based on CNBC)

Pair's Outlook
After rebounding on Tuesday from 1,206 to 1,214, the bullion suffered minor losses on Wednesday and ended the day's session at 1,212, as it bounced off the 100-day SMA at 1,218. However, on Thursday the metal started rallying again and at the moment is placed at 1,214, by slowly moving back to the 100-day SMA, which is now located at 1,220. If the yellow metal breaks through this resistance, it will face the weekly PP of 1,224, which is the second weekly resistance. In the meantime, it may also move to the first weekly support at 1,207. Aggregate technical indicators predict a downfall for gold today.

Traders' Sentiment
Advantage of the bulls over their bearish counterparts increased even further yesterday, as the former reached the 55% mark. This is the highest portion of long SWFX positions in more than 17 weeks. Dukascopy