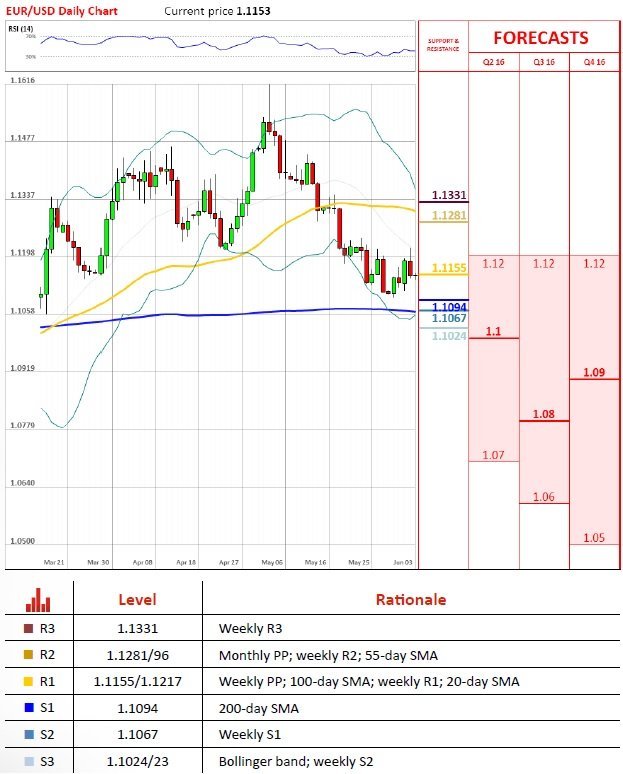 © Dukascopy Bank SA
"Perhaps the market is fearful that Draghi will not be able to suppress the euro while delivering a modestly upbeat message." - ING Groep NV (based on Bloomberg)

Pair's Outlook
On Wednesday the Euro had a very positive outlook against the US Dollar, as it was steadily gaining strength and climbed up to 1.1220. However, just a couple of hours later the situation changed, as in expectations and amidst the ECB rate announcement and the following ECB's press conference the exchange rate plummeted. At the moment the pair is fluctuating around the level of 1.1155, where a cluster of supports is located. Among them are the three SMA's, the middle Bollinger band and the weekly pivot point at exactly 1.1155.

Traders' Sentiment
At the moment traders are bearish on the pair, as 53% have opened short positions. However, pending orders in 50 and 100-pip range show 56% and 55% orders, respectively, are bullish.