USD/JPY no major obstacles until 107 yen 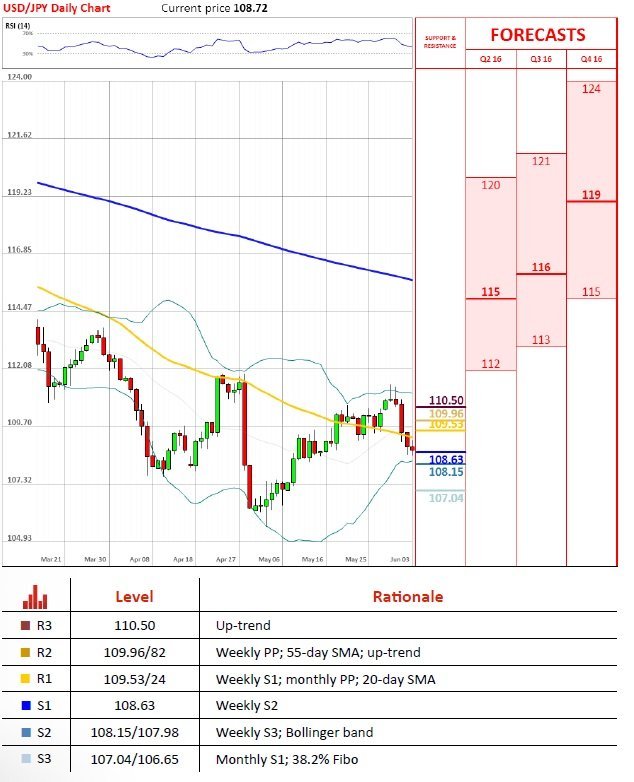 Pair's Outlook
USD/JPY decided not to pull back after breaking out of the channel and prolonged the decline down to the weekly S2 level. If there is a rally today, as suggested by the daily technical indicators, it is likely to stay limited by the monthly PP and weekly S1 at 109.50/20. The current target is a critical support area between 107 and 106.65 yen, which is formed by the monthly S1, but even more importantly—by the 38.2% retracement of the four-year up-move started back in 2012. Accordingly, the risks are to the upside.

Traders' Sentiment
As many as three quarters of the SWFX market participants are planning to profit from a stronger Dollar. And even though the currency may thus seem overbought, 63% of orders placed next to the spot price are to purchase the Greenback against the Japanese Yen. 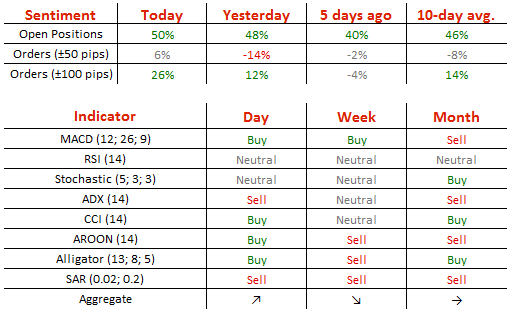