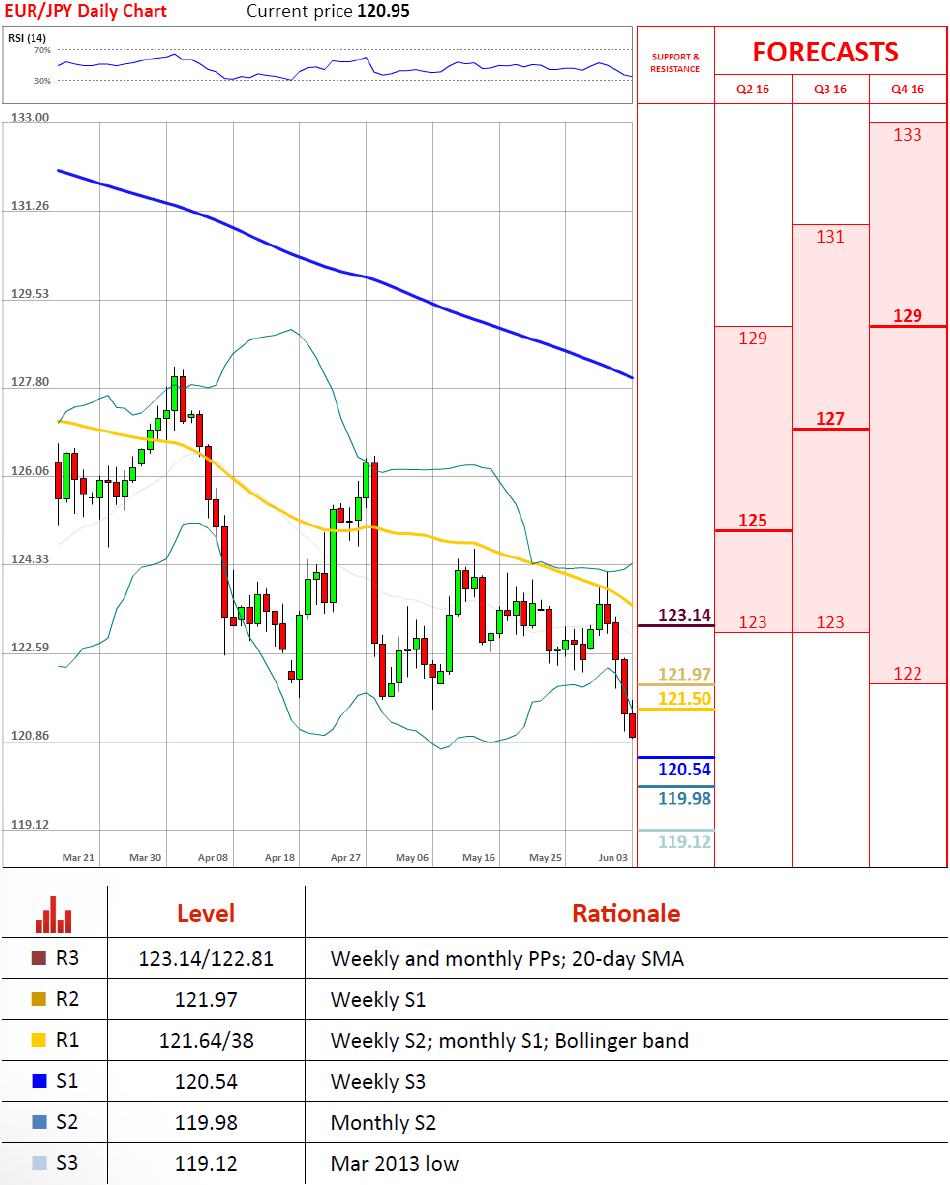 © Dukascopy Bank SA
"On the whole I would think the constructive ECB tone should remain a positive for the euro, but negative for risk."
- Valentin Marinov, Credit Agricole (based on MarketWatch)

Pair's Outlook
None of the nearby supports were able to halt Euro's decline, and now EUR/JPY is trading below the monthly S1 level, which implies a deeper sell-off next week, down to the next monthly pivot point at 120 yen. If this support is broken as well, the next targets will be March and February lows at 119.10 and 118.75 respectively. In the meantime, the overall negative outlook on the pair is ensured by the major down-trend line (currently at 126 yen), which has been keeping the bearish trend in check since the last quarter of 2014.

Traders' Sentiment
After yesterday's decline the share of bulls decreased from 58 to 54%, which is below the 10-day average of 56%. The distribution between the buy and sell orders, however, is exactly the same as 24 hours ago—47% against 53% respectively.