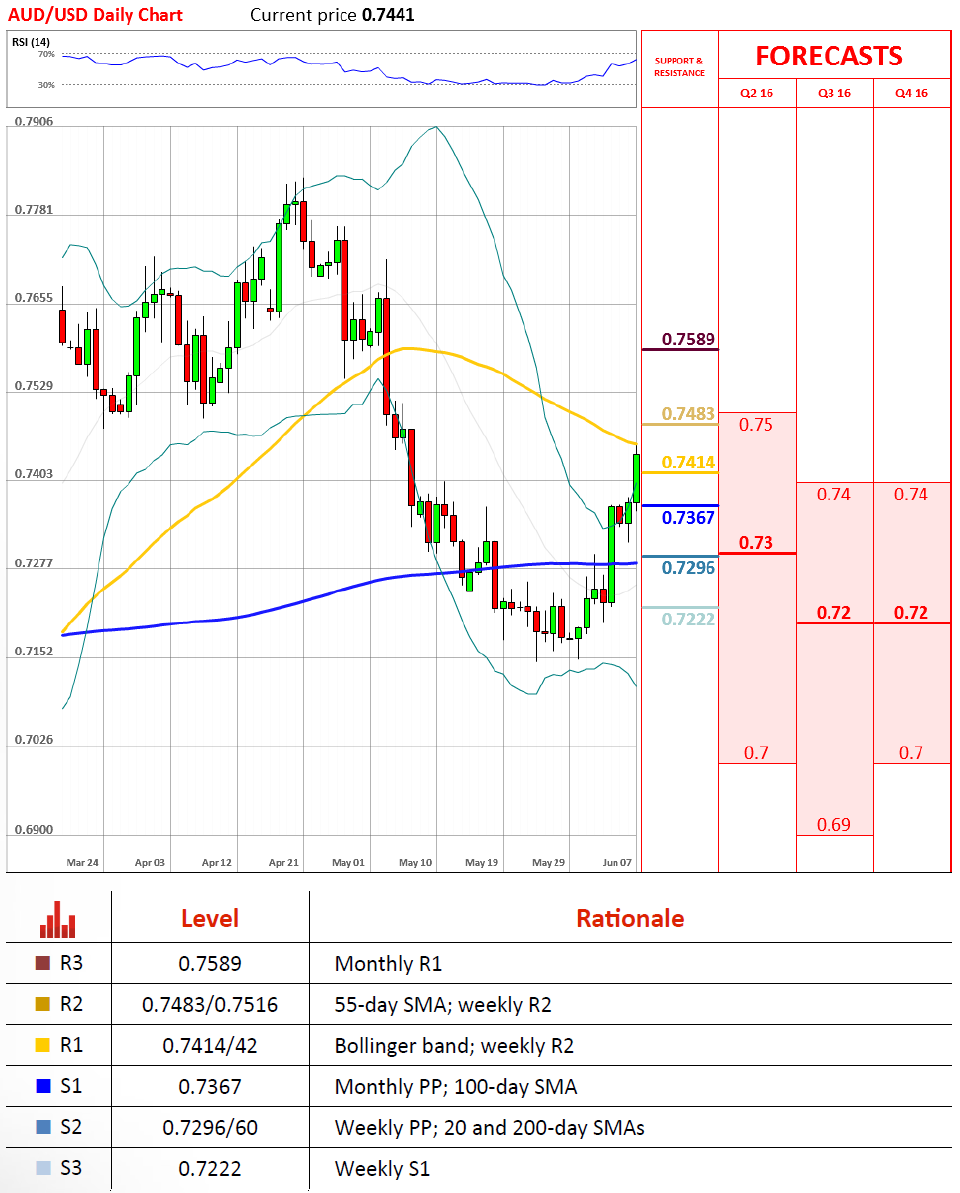 © Dukascopy Bank SA
"The RBA doesn't appear to be in a rush to cut rates further, leading to a short squeeze in the Australian dollar."
- Nordea (based on Business Recorder)

Pair's Outlook
Despite an initial slump on Monday, the AUD/USD currency pair remained relatively unchanged over the day, unable to close below the immediate support cluster. The same area keeps acting as the nearest support today as well, namely the monthly PP and the 100-day SMA. As a result, the Aussie is expected to prolong its recovery, acquired two weeks ago. Moreover, today's RBA decision to leave the cash rate unchanged boosted the Australian domestic currency, with the pair now facing a resistance cluster around 0.7430, formed by the Bollinger band and the weekly R1, while the second target is the 55-day SMA at 0.7483. Technical studies are unable to confirm the bullish scenario.

Traders' Sentiment
Market sentiment improved over the past 24 hours, as 72% of traders are long the Aussie, while the share of buy orders slid from 69 to 60%.