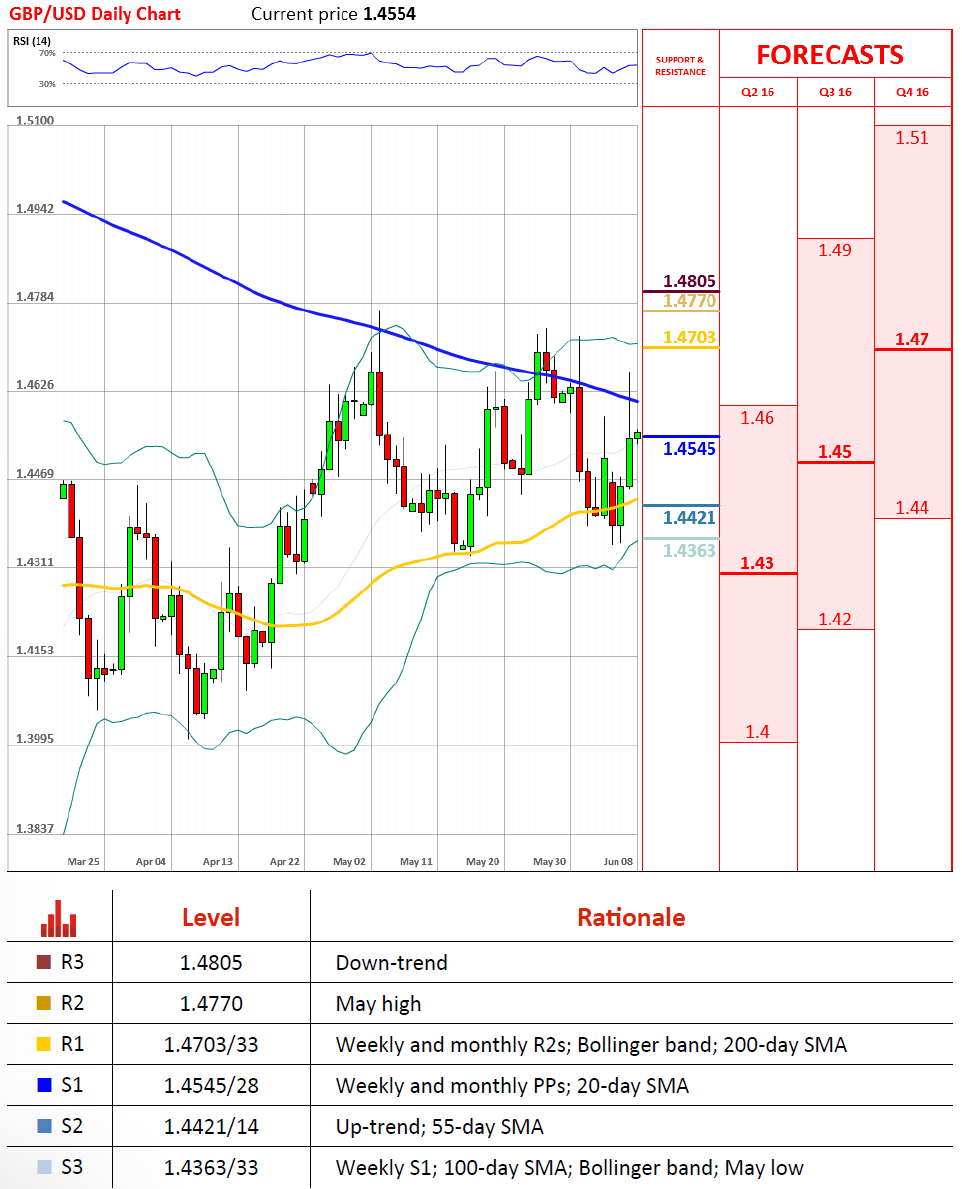 © Dukascopy Bank SA
"While I would expect more downside if the polls continue to show the ‘Leave' campaign gathering momentum, the pound is likely to be very volatile in both directions over the next couple of weeks."
- OANDA (based on Market Watch)

Pair's Outlook
With another substantial jump, the Cable was able to retake the 1.45 major level yesterday and even climb over the tough resistance around 1.4535. The same cluster now acts as the nearest support, but a lot weaker than the ascending channel's support line, which is located at 1.4421, also remaining bolstered by the 55-day SMA. Even though the medium-term bias is bullish, the Sterling could still weaken and put the trend-line to another test. Demand, represented by the immediate support cluster might also be sufficient to cause the GBP/USD currency pair to prolong its recovery, allowing it to climb at least 50 pips, until the 1.46 level is reached.

Traders' Sentiment
Bulls grew stronger over the day, as 58% of traders are now long the Pound (previously 54%). The share of sell orders slid from 55 to 51%. 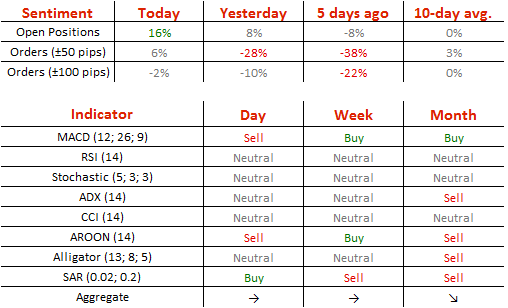