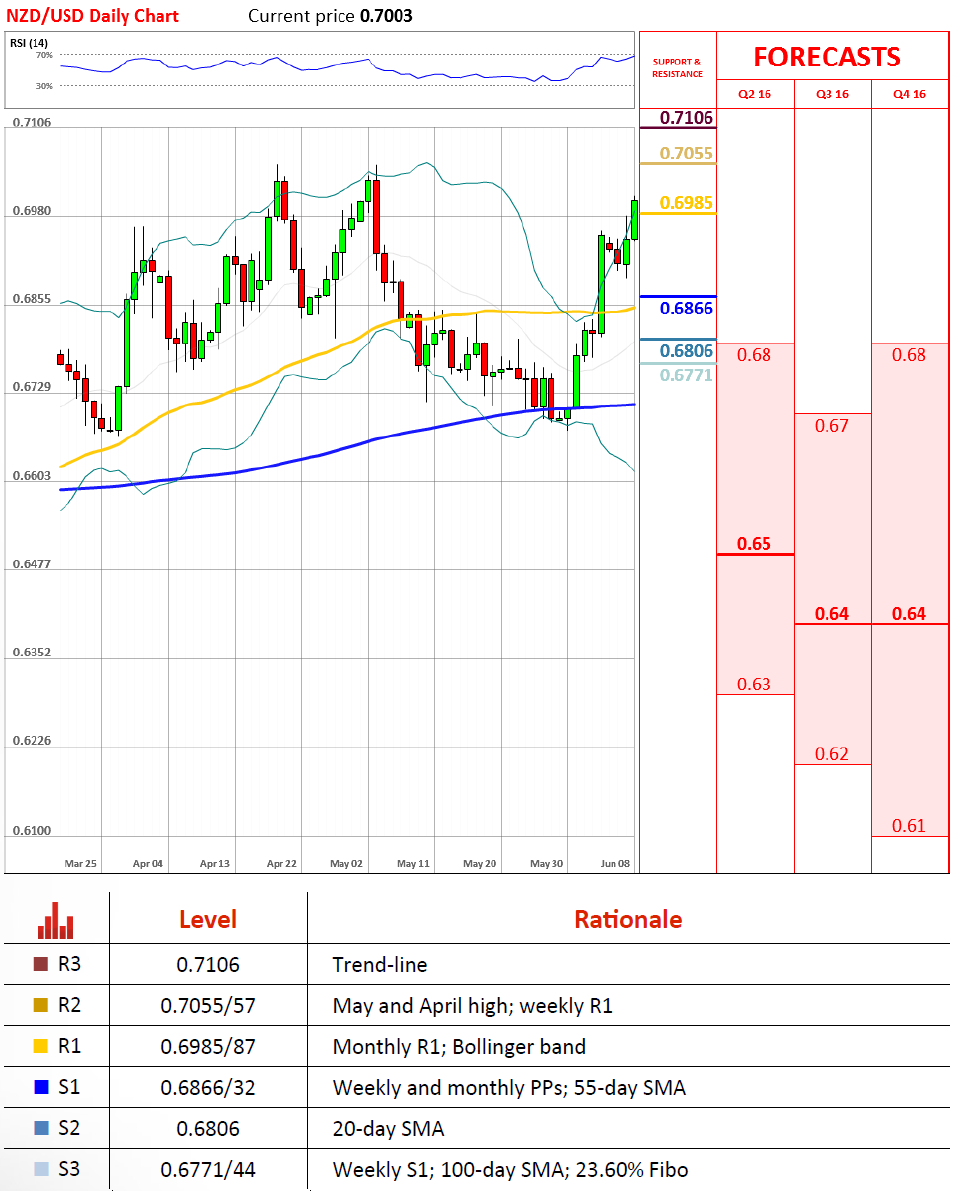 © Dukascopy Bank SA
"The US dollar has been on the backfoot since Friday's payrolls and that is currently persisting in the market so we've got a weak US dollar against pretty much all the currencies and kiwi is just benefiting from that."
- OMF (based on The New Zealand Herald)

Pair's Outlook
Tuesday was a good day for the Kiwi/Dollar pair, as it reached the highest level in the past five weeks. Despite that the New Zealand Dollar opened in front of the Bollinger band and the monthly R1, which form a rather strong resistance area circa 0.6986, a close above the 0.70 mark is expected. The Kiwi has been appreciating against the US Dollar since the beginning of the previous week; and this short-term bullish trend is likely to last until price touches the upper border of the one-year asce0nding channel pattern at 0.7106. The interim resistance before the trend-line is put to the test is the May and April high at 0.7055, which is also reinforced by the weekly R1 this week.

Traders' Sentiment
There are 62% of all open positions being short today (previously 60%), while the portion of buy orders decline again, namely from 56 to 51%. 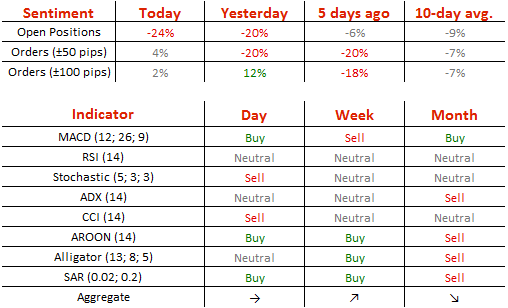