GBP/USD attempts to maintain trade above 1.46 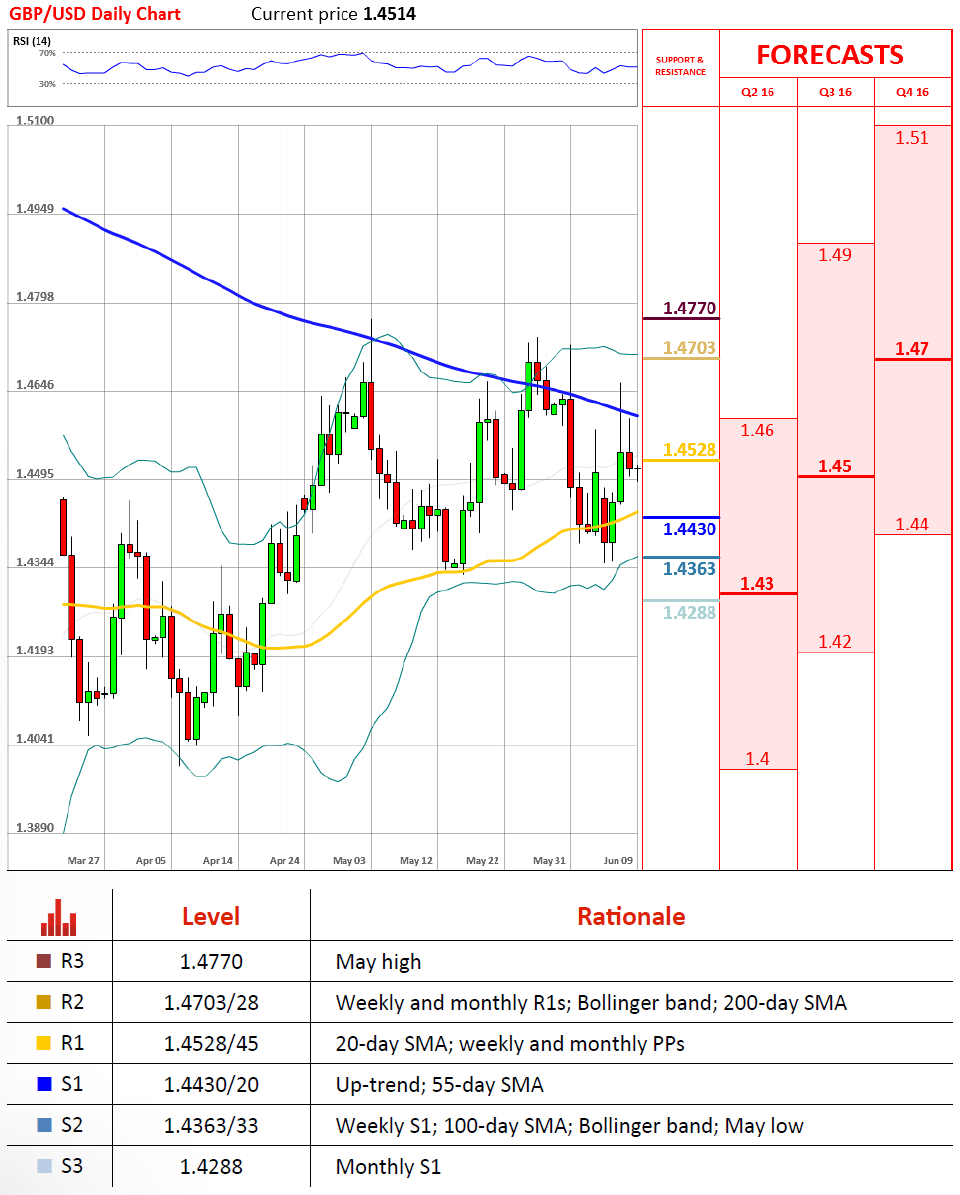 © Dukascopy Bank SA
"In our view, the timing of the next Fed rate hike will depend on the economy continuing to progress, the labour market strengthening further and inflation moving back towards it 2 percent target."
- SEB (based on Business Recorder)

Pair's Outlook
The British Pound traded in a rather tight range between the 1.45 and the 1.46 major levels on Wednesday, but with the bearish bias prevailing. The closest resistance area is represented by the 20-day SMA, the weekly and the monthly PPs, however, is unlikely to limit the Cable's movements, as it failed to do so previously. The Sterling remains under the risk of falling towards the ascending channel's support line at 1.4430, unless the interim demand in face of the 1.46 psychological level triggers a rally. In this case the 1.46 will still be the main target, but technical indicators are unable to confirm either scenario.

Traders' Sentiment
Market sentiment weakened over the day, as only 52% of all open positions are now long, compared to 58% on Wednesday.