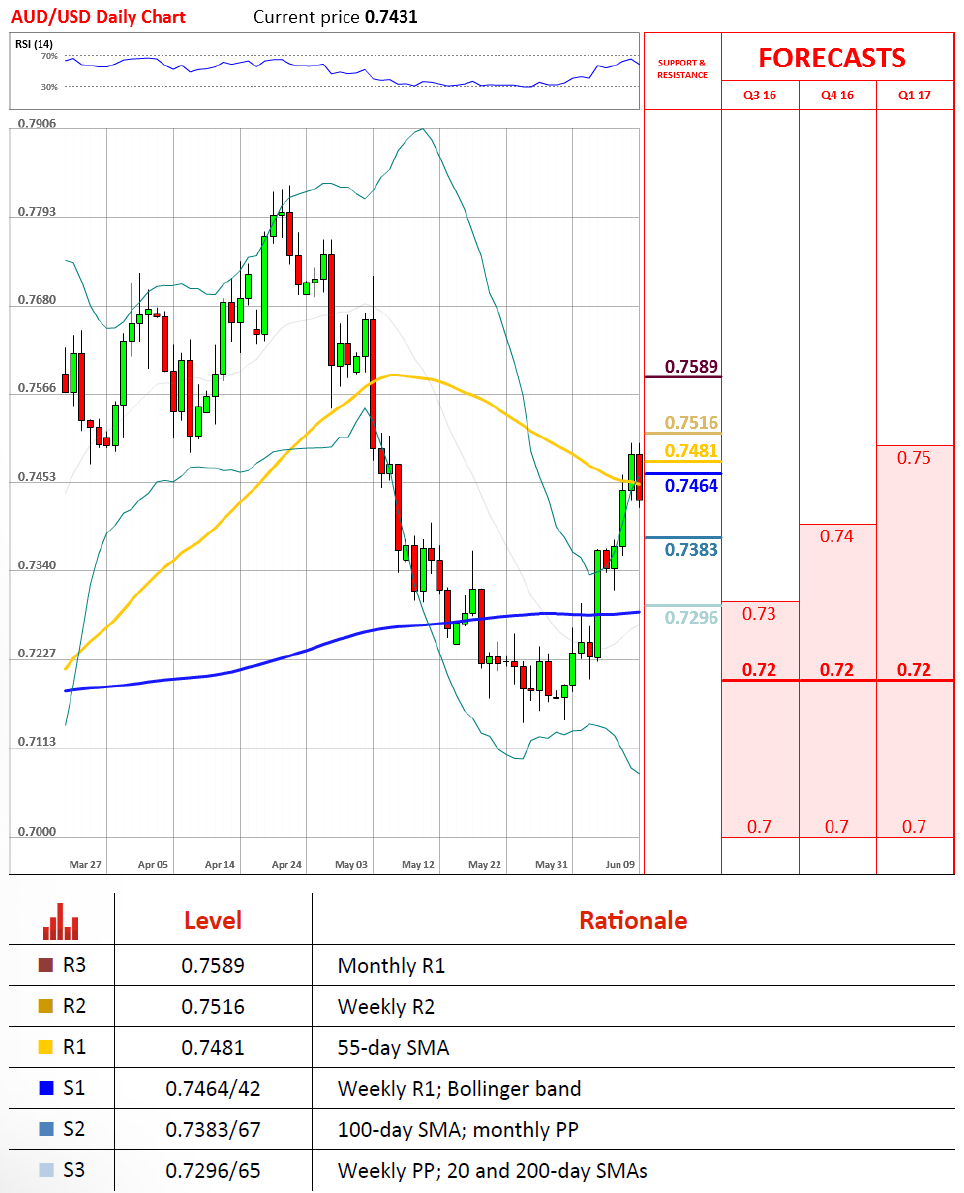 © Dukascopy Bank SA
"Both the RBA and RBNZ are on the sides of optimism and that is a powerful theme for the commodity currencies."
- Westpac (based on Business Recorder)

Pair's Outlook
The Australian currency failed to undergo the expected correction, as the immediate support cluster caused the given pair to erase intraday losses and put the 55-day SMA to the test. Even though the mentioned SMA kept the Aussie from appreciating further, a possibility of a breach exists, as technical indicators retain their mixed signals. On the other hand, supply in face of the 55-day SMA could be sufficient to trigger the earlier-anticipated correction, this time causing the AUD/USD pair to pierce the immediate support around 0.7450, represented by the Bollinger band and the weekly R1.

Traders' Sentiment
Traders' sentiment returned to its Tuesday's level of 72% (previously 75%). The number of buy orders, on the other hand, remained unchanged over the day, still taking up only 49% of the market.