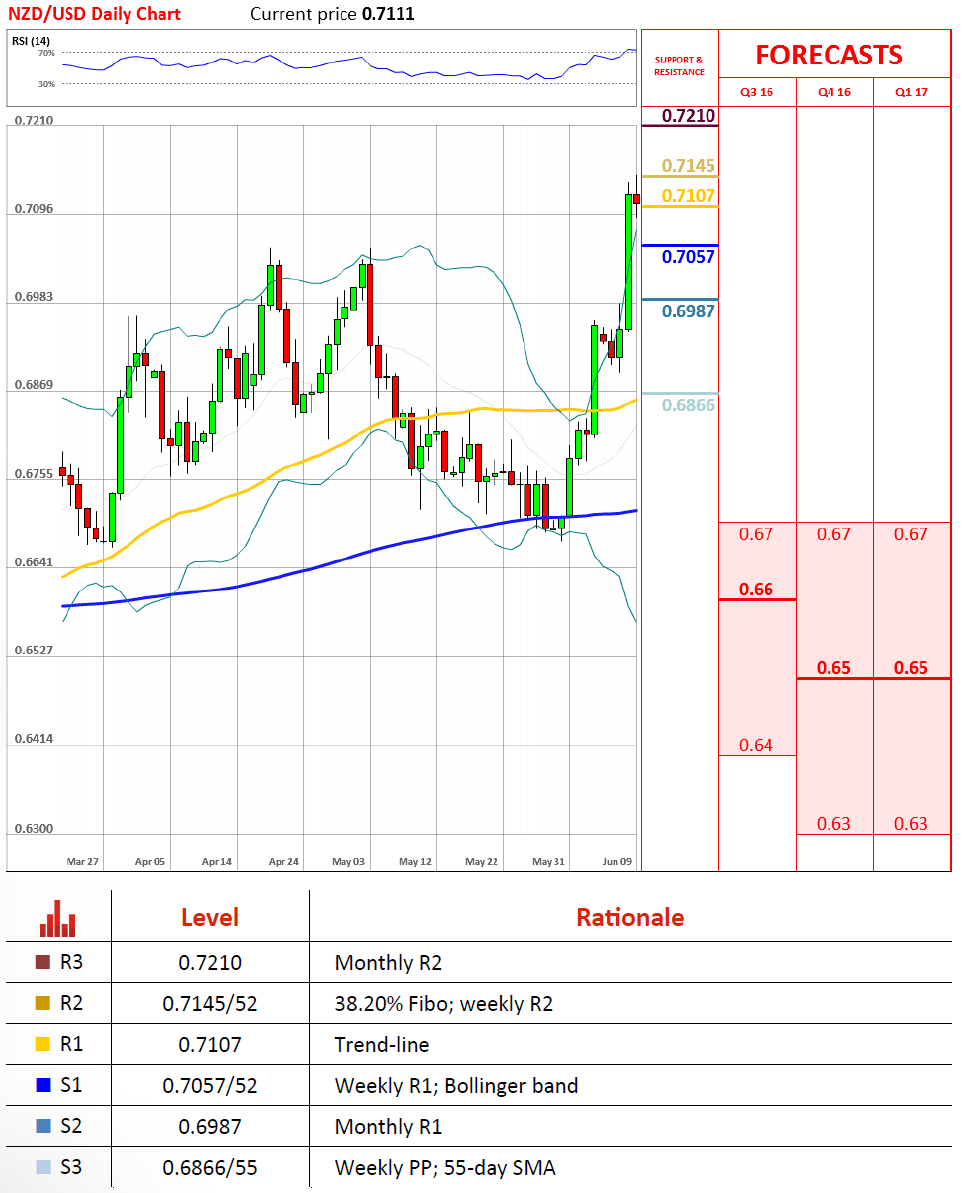 © Dukascopy Bank SA
"Overall, the outlook for NZD is deemed as bullish until the current stop-loss is taken out (adjusted higher to 0.7030 from 0.6860)."
- UOB (based on FXStreet)

Pair's Outlook
The RBNZ surprised with its hawkish statement yesterday, as well as leaving the official cash rate unchanged at 2.25%, caused the New Zealand Dollar to advance against the US counterpart. Moreover, the NZD/USD pair opened with a sharp bullish gap, now facing the resistance trend-line of the ascending channel pattern. In case of a breach, the second resistance cluster, namely the 38.20% Fibo and the weekly R2 around 0.7150, is to limit the gains. However, the bearish scenario is more probable, where the weekly R1 and the Bollinger band would act as the immediate support area, resting around 0.7055.

Traders' Sentiment
Bears remain in control, as 59% of traders hold short positions (previously 59%). The percentage of buy orders barely changed over the day, having risen from 51 to 52%.